Real agricultural incomes are down 4.3% across the EU. That’s according to first estimates issued by Eurostat, the statistical office of the European Union.

Across the EU Member States, real agricultural income per worker in 2015 is expected to have risen in thirteen Member States and fallen in fifteen compared with previous year.

Most noteworthy is the huge drop in Europe’s powerhouse economy Germany. There’ real farm incomes have dropped by almost 40% in a single year.
The biggest falls in income occurred in Germany (-37.6%), Poland (-23.8%), Luxembourg (-20.0%), Denmark (-19.7%), the United Kingdom (-19.3%) and Romania (-19.2%).
Of those that registered increases, the highest farm income increases are in Croatia (+21.5%), Latvia (+14.3%), Greece (+12.1%), France (+8.8%) and Italy (+8.7%).
The overall decline in agricultural incomes continues a trend of earnings’ decline: form 2010 to 2015, the overall decline is 5.7%. Again, Germany stands out, with a huge decline from 2010 to 2015 of 35.2%.
Slovakia, Hungary and the Czeck Republic have seen recent reversals in farm income: having grown from 2010, the 2015 stats show each of these to be declining sharply. Belgium, Croatia, Latvia and France, on the other had, have seen declines reversed.
These startlingly poor figures for Germany in part explain why this coming Wir Haben Es Satt’s protest’s focus is on protecting farmers and farm incomes, especially in light of the milk crisis. More typically seen as an anti industrial farming event, this year the emphasis is also on farmers, because there is no future without farmers.
There have also been protests today in Luxembourg over falling farm incomes, especially in dairy. See also the European Milk Board’s upcoming event Phil Hogan – is his position tenable? 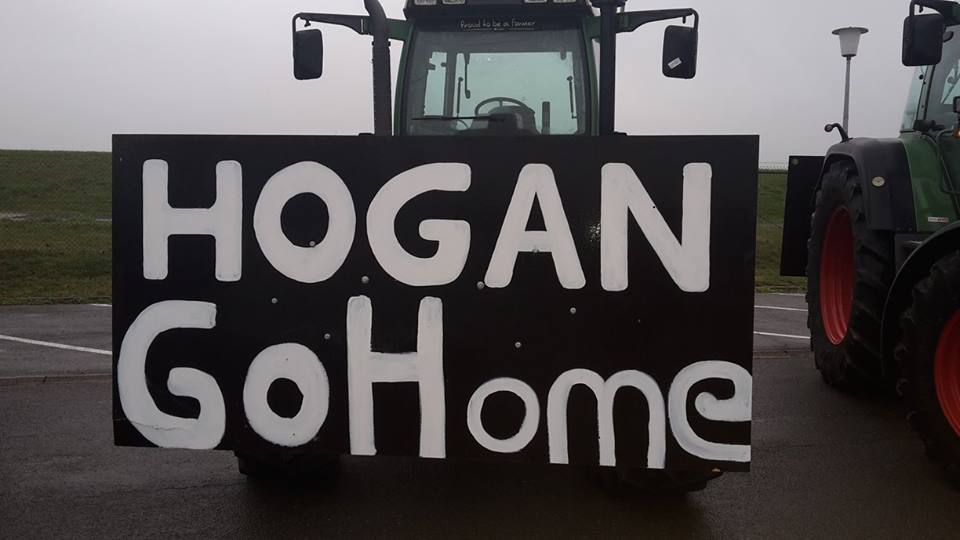 With EU CAP trilogue negotiations entering a critical, final phase, the Irish Department of Agriculture, Food, and the Marine has published the results of a modelling analysis on its official website. This analysis, published in April, attempts to estimate the effects of 85% internal convergence of direct payments by 2026. While the results have been used to make strident, fear-mongering statements in the farming press, the methods used to come to these conclusions remain unclear. And the conclusions may in fact be be quite different to what is being reported in the farming press in Ireland. […]

Further price cuts in the UK […]