It’s less than one month ago that the UK’s Institution of Mechanical Engineers (IMechE) warned that each year as much as half of all the food produced around the world ends up as waste. 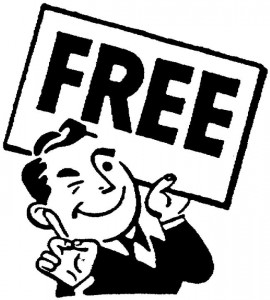 This figure is more or less confirmed by the United Nations when in a report entitled Global Food; Waste Not, Want Not, it reads that between 30% and 50% or 1.2-2bn tonnes of food produced around the world each year never makes it on to a plate.

These are stark words and numbers on their own but even more so at times of insecurity, high unemployment and rising food poverty throughout Europe and its cities.

Our Belgian neighbors may have found a solution. In late January, Namur’s (Wallonia) socialist councilor Fabian Martin proposed a municipal decree to force supermarkets to give their surplus food to charities providing for the needy.

“The goal of this legislation is to redistribute the products nearing expiry date or when the packaging is damaged, “ explains Martin.

His proposal was unanimously endorsed by all councilors; even amongst his traditional opponents. Alain Detry from the right’s Reform Movement is responsible for local environment issues. He supports the project, but expects “that a working group will have to be established to examine the different aspects of this proposal… .”

Backed by such strong support, it’s the project’s legal basis that is fragile. Several EU countries already have partnerships with retailers to collect unsold food but nothing requires supermarkets to give it away. So, how to force them? In Namur the solution is called the environmental permit. In Belgium, the responsibility for granting environmental permits is at the municipality level. Wallonia’s legislation on environmental permitting dates from 1999 and includes the goal of needing to contribute to sound waste management. This means that operators need to follow a hierarchy in waste treatment. In the case of supermarkets this means, so Fabian, to “basically, give surplus food before discarding it.”

The councilor admits that it’s a thin legal base, but “we have no alternative but to act locally.” Six municipalities have since followed his example and submitted official requests for such action.

However, not everybody concurs with Fabian. Peter Vandenberghe, spokesman of Belgium’s Federation of Trade and Services concludes that “we do not really see on what legal basis it is possible to make this a mandatory action” and points to hygiene risks. “We already distribute the equivalent of two million meals a year,” adds Vandenberghe who thinks that retailers will not want to get their hands into the distribution of unsold food.

Disco Soups of the World Unite on World Food Day!

Many Disco Soups are being organized for World Food Day – October 16th, 2013 – to celebrate solutions to food waste and at highlight the scandal that over a third of the world’s food is thrown away. […]

The scandal of food poverty in 21st century Britain

Dominika Jarosz of the campaign Feed the 5000 explains her work helps fight the food waste scandal and why she will be joining in Berlin. […]