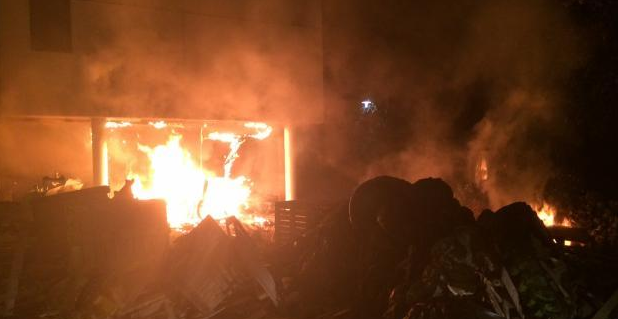 French vegetable farmers protesting against the price slumps set fire to tax and insurance offices in Morlaix, Brittany. The farmers used tractors and trailers to dump artichokes, cauliflowers and manure. It is also alleged that they prevented the fire services from putting out the blaze. So what’s the background to this? Judith Hitchman of Urgenci gives some context.

As the large-scale producers are unable to export their produce, they are flooding the internal markets, dumping their produce, forcing local prices paid to small-scale producers to plummet, be it for cabbages and apples in Austria or artichokes in Brittany. Cabbages are being massively destroyed and apples left unpicked in Austria. Some of the large industrial producers have, of course found loop-holes by transiting their goods through Switzerland and other non-EU countries.

Last week, Breton farmers from the Morlaix region became so incensed with the fact that they either can not sell their produce at all or at least not at a fair price, that they took direct action of an incendiary nature, setting the local tax office on fire in their expression of anger. It was alleged by local authorities that the farmers stopped the local fire brigade from accessing the site to put the fire out.

Good governance is not red tape!

Land and tenure issues come to the fore at G8 meeting