On the 3rd of June, Greek Agriculture Minister Athanasios Tsautaris announced in a press conference the long awaited national proposals for the implementation of the new CAP. 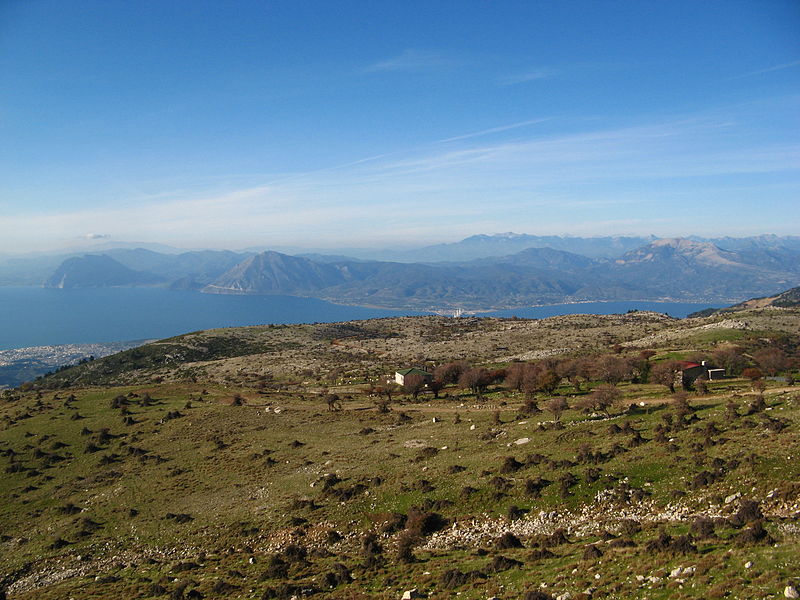 The proposal is comprised of 10 points concerning exclusively the Pilar 1 (Direct Payments) for the period of 2014-2020. The Ministry proposals were mostly in line with the EU Regulations and agreements. In more detail:

1. Active Farmers are defined as the natural and legal persons engaged in agricultural activity on their farms where direct payments represent at least 5% of their total revenue.  Moreover, legal entities for whom agriculture is not the main activity will be considered active if they derive at least one third of their income from farming.

Those who receive direct payments up to 4.000€ per year are considered active farmers and therefore not required to satisfy the above conditions. No aid payments below 250€ will be made. According to a news item it is estimated that 290,000 farmers will not be affected with regards to the direct aid they receive. Some of the 450,000  who are not farmers by profession (free-lancers, public employees etc)  will be affected (no exact figure mentioned).  It is said that between 15,000-20,000 farmers will stop receiving direct aid.

As the Ministry explains, the division is compatible with both the productive potential of the land and the value of the land. The value and productivity of land differ considerably. The Greek pastures are in their majority (95%) poor unproductive land, public land rented to farmers for a low price. The arable land, on the contrary,  of annual or multi-annual crops  are characterized of greater productivity and higher value rent.

3. Greece will implement the internal convergence  in a gentle gradual linear way adjusting  the value of farmers’ rights, in order to help them to adapt better and give incentives to financial results through the sale of their products. In that way also, a decent level of support will be maintained in order to avoid abandonment. The aid for farmers progressively converge to a single value within each region will be achieved in year 2019.  So the initial changes for farmers is relatively small. The final value of 2019 is calculated simply by dividing the entire envelope of the region with the lands of the region. The resulting quotient is the value per hectare of the right for each of the three  regions (Basic Scheme Payment Regions) taking into account the initial value, and the final of 2019.

4. National reserve: Greece is proposing to set aside the 2% of the national envelope (maximum 3% by the Regulation 1307) in order to help  new entrants into farming.

6. Greece is not going to implement more ambitious measures for the greening than the ones already agreed at the EU level. 30% of the national envelope is devoted to greening measures; for example, farmers should diversify their crops (2 crops above 10 hectares, 5% for the Ecological Focus Areas, maintenance of the permanent pastures)

7. Greece is going to use almost the maximum levels defined by the regulation for coupled support  i.e. 7% of the national envelope and in addition 2% for the leguminous crops.  This is very important for Greek farming in order to support the Greek livestock farmers that are not declaring a pasture and suffering from economic losses.  It will also contribute to the local production of animal feed that will protect the environment.

8. All farmers receiving aid up to 1.250€ are entitled the status of small farmers. The farmers that participate in the scheme are exempt from the requirements of greening and random checks of cross compliance, but still obliged to comply with the obligations of cross compliance.

9. Young Farmers: farmers under the age of 40 will be supported with an extra 25% on the value of the payment entitlements for five years. Budgeting 2% of the national envelope for this supplement will cover approximately 88,000 hectares.

10. Payments for areas with natural constraints: This aid aims at maintaining the viability of some marginal farms located in areas with natural constraints. It is suggested that this aid should offset the income of holdings that  record losses greater than 40% of direct payments in 2015 compared to 2010.  Furthermore,  it is proposed  a transfer  of funds (40 million € per year) for the former compensatory allowance from the Second to the First Pillar for the uniform and better utilized. In this way, a safety net is introduced for the farmers who have significant losses in direct aid and they live in areas that have no other options other than farming.

The aforementioned proposals will travel to Luxembourg at the EU Agriculture Ministry Council of 16th of June, where the EU Ministers will present their proposals and will take the final decisions. However, with regards to the proposals for the Pilar 2, the Greek Ministry will present them in the next months .

In Greece, the proposals were prepared behind closed doors as there was not a real public debate or players left to discuss apart  from PASEGES, the Confederation of Unions of Agricultural Cooperatives (see my previous post*).  The Ministry announced that after the Council of Luxembourg will proceed in a further consultation to finalise the proposals for the implementation of the new CAP.

The first reactions to the Ministry announcements derived from Crete, expressing fear that some farmers will end up in bankruptcy as they will lose up to 60% of direct aid for cultivations like vines olives or livestock.  A small survey from the farming news Agrotypos found that most of the farmers associations around Greece were expecting a dialogue before the drafting of the proposal and they need time to process what has been presented. Some, they mentioned that they expect a much thorough analysis with regards how much money gain or loose per area and crop.

A ministerial reform is expected this Monday 9th of June.

* In Greece the economic crisis has led to the collapse of the main farmer unions, whose funding was cut from the Ministry of Agriculture after an investigation initiated by the Greek government on their financial management.  Although the economic controls have been completed, the results have been kept hidden until this day which raises many questions and doubts about the future of farmers movement in Greece. I have written many times that the economic crisis can be an opportunity of positive change in Greece provided that it is based in transparency, fairness and ethical justice.

The Environment Committee (ENVI) voted on the 14th February on CAP proposals (Strategic Plans). With the Agriculture Committee voting in the coming weeks, before a full Parliament plenary, what were the key areas ENVI emphasised? […]

The Environment committee in the European Parliament has been given a greater say in the reform of the Common Agricultural Policy (CAP). This includes the right to bring “amendments” (proposals) direct to the Plenary of the European parliament. […]

Coping with Covid19 – Tensions in Farming, Trade and the EU Institutions

The COVID-19/Coronavirus outbreak is already disrupting international supply chains as more countries close their borders. Questions remain as to what this will mean for European food supplies and agricultural trade, as well as for how the institutions relate to member states.  […]