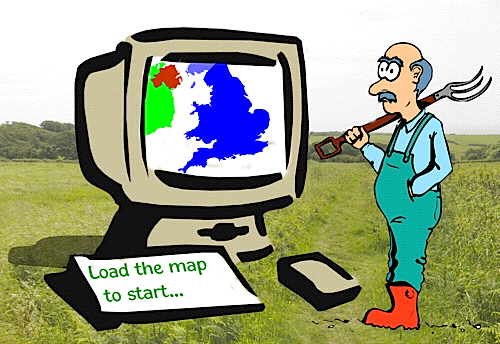 With fewer than 30 weeks to go before the UK Rural Payments Agency (RPA) starts processing 2015 applications for the new Basic Payments Scheme, members of the parliamentary Environment, Food and Rural Affairs Committee learnt that there will be no offline options for CAP funding applications. RPA chief executive Mark Grimshaw and environment ministry director general Ian Trenholm explained this in evidence published earlier this month, to MPs’ evident concern.

Grimshaw told the committee: “It is not actually possible to submit by paper to the new scheme, because of the way that it is structured. Ian might want to give a little bit of detail on that, but you actually need to be able to validate all the land and you cannot do that through the use of a map. You really need to be able to see it, which is why you need to either sit in front of a PC or sit next to somebody who is quite able to drive one.” 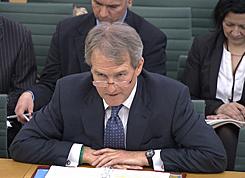 This declaration came as a revelation to the parliamentarians, however. EFRA chair Anne McIntosh declared that: “We were told quite categorically by the Minister, in our evidence session, that they would be able to apply by paper.”

Trenholm explained that: “There is a practical difficulty around applying by paper, in the way that Mark described. With things like greening and so forth, you actually have to calculate the size of a field or a feature in real time. You cannot do that accurately on a piece of paper, which you draw around, particularly if that is not a straightforward geometric shape. The system will make those calculations for you in real time.”

A total budget of GBP 154 million has been invested in an IT system to administer CAP funds without a thought for its relevance to farms that are out of reach of broadband services. The project has a remaining GBP 6 million contingency allocation, which will not include network access.

The MPs on the committee started to ponder what impact this would have in their own constituencies. Conservative MP Sheryll Murray represents south east Cornwall. “We have a massive amount of not‑spots [zones which cannot be served by broadband]. Could you give me a reassurance that the fact that these areas are not covered by broadband is not going to create a whole set of new turmoil, like we saw with the introduction of the last scheme? Have you looked at how many farmers are living in not‑spots? Have you looked at how many farmers are not able to access public libraries, because I need a reassurance that you have looked at this and you can overcome that problem?” From the chair, McIntosh confirmed that in her Yorkshire constituency, there was a 22% gap in internet coverage. Support from the existing Rural Community Broadband Fund can only be applied where there is a telephone exchange to upgrade an existing service.

Grimshaw was happy to overlook the capital cost of satellite connections, which cost: “…typically between GBP 25 and 50 a month for superfast broadband to anywhere in the country…” although farming MP Richard Drax countered that these systems are not always as reliable in use as the sales literature suggests. The other alternative suggested by Grimshaw was to seek out alternative locations: “We will also be looking at encouraging people to go to libraries and places of that nature.”

The current level of online Single Payment Scheme account holders is running at just over two thirds, which will leave nearly one in three UK farmers looking for suitable network access, either on-farm, or off-site, whether through a professional agent or camped out at a public library amid piles of files and sensitive documents. McIntosh quizzed the DEFRA boss over the level of help that would be available for new users: “This advice will be provided by the RPA at no cost?” and received an evasive answer: “In the short term for some people, yes.”

The EFRA chair was not satisfied, since this was not what the minister had told the committee previously: “…We were told, again by the Minister, that this advice would be given. [We] were told that the advice would be given free at the point of delivery to the farmers.” The DEFRA boss referred back to an earlier distinction he had made between the “can-nots” and the “will-nots”. It appears that the distinction might have cost implications. “Yes but, as we talked about, for the people who are entitled to some sort of support. We are looking to have a reasonably broad definition of that, particularly in the first year, but we need to recognise that many farmers will simply choose to just go and complete their forms themselves, with their own existing connection. That is a very large group of farmers. There is then a group of farmers who are in, as Mark described, the choose‑not‑to‑at‑the‑moment category. We need to take a fairly common‑sense view of that group.”

McIntosh: “The people who do not have a connection are your customers for this purpose.“

The term “common-sense view” has more than a hint of official indifference in the context of DEFRA’s responsibility to farmers. From the chair, McIntosh took Trenholm to task over it: “Can you just take it from us, who are paid to represent these people who have not got a voice – we are their voice – they are being told that the Rural Community Broadband Fund does not apply to them; the BBC money that is coming into the broadband scheme does not apply to them. All this money is going to the areas that already have a broadband connection to give them a faster broadband connection. 78% will be the maximum coverage I get in the constituency of Thirsk, Malton and Filey [Yorkshire]. The people who do not have a connection are your customers for this purpose.”

Trying to placate the South East Cornwall MP, at least, RPA head Grimshaw said that the agency was “looking at” drop-in centres in Truro and Saint Austell. Murray, on the other hand, was not impressed, saying that these Cornish cities are “miles away” from the not-spots in North and South East Cornwall. “To be quite honest, I cannot believe that I am hearing my hill farmers being told that they are in an area where they cannot have the broadband connection and your scheme is ‘Well, they’ll have to sort it.’ I cannot believe that you have not been listening to these farmers.”

Previous articles on this topic:

A recent report for Eating Better points out that future policies towards livestock farming and trade in the UK and EU should support a shift to healthy sustainable diets. More coherent approaches to environmental objectives such as climate change, protecting nature and high animal welfare should be developed. […]

The momentum behind Smart Villages continues to grow – both within EU and national policy circles and on the ground among rural communities. The challenge is to translate this momentum into a policy framework that provides fast and flexible tools which meet the needs and expectations of rural communities in different parts of Europe. This will mean avoiding complicated structures and plans, mobilising what exists in each place – and supporting local action rather than words. […]