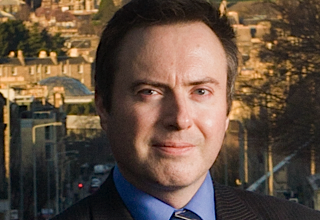 Scottish National Party member and sitting MEP Alyn Smith shares his views with ARC2020 on the benefits of a Yes vote for Scottish agriculture in the run-up to the European parliamentary elections.

ARC2020: What effect would a Yes vote have on Scottish agriculture?

I believe that independence will give Scotland institutional recognition within the European policy formation process: we will have the chance to argue for, build alliances and vote for our interests and beliefs, in the same way as other small European countries like Ireland and Estonia. Specifically in terms of the CAP budget, redistribution of funds between Member States, which was driven by the Baltic states, would have left Scotland with an extra 1 billion EUR in Pillar I had we been an independent Member State and thus recognised by the formula: as a European “region”, we have no technical rights to any extra cash (the moral case is of course much stronger, as we have the third lowest payments in the EU). 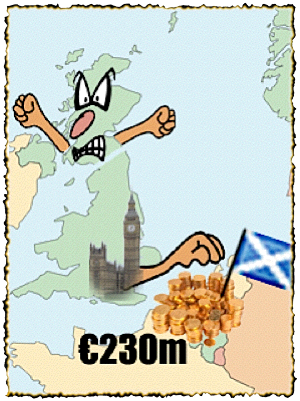 The UK Government has not represented the interests of Scottish farming well, such as the determination of governments of all colours to cut the budget significantly (Scottish farming is more dependent on EU subsidy due to our more challenging geographic conditions). During the last CAP negotiations, they spent more time arguing for support for a sugar refinery in London than for retaining coupled support for beef production in the remotest areas of Scotland, with the environmental benefits that managed grazing brings. I am personally disappointed that the UK Government led the campaign to scupper mandatory capping of direct payments. Scotland could do so much better for our interests and for the interests of European agriculture and rural areas if we represented ourselves.

ARC2020: Does the SNP support the idea that European food production could be local, fair and green?

The SNP and the Scottish Government fully support “local, fair and green” food production in Europe. The Scottish Government has produced our first ever National Food and Drink Policy to promote food production in Scotland, stimulate local sourcing of food and encourage healthier eating options. Amongst other initiatives, we have funded farmers’ markets, encouraged people to source meat at local butchers in the wake of the horsemeat scandal, financed a Community Food Fund to develop local food networks, and invested in Rural Priorities to improve environmental outcomes in the countryside, from renewables to waste disposal.

As you may know, my European political group, the European Free Alliance, is in a larger group with the Greens in the European Parliament. Therefore, throughout CAP reform, I worked closely with my colleagues Martin Hausling and Jose Bove to achieve a greener CAP.

I know that many environmental organisations are disappointed with the outcome, but it is important to remember that the three “greening ” requirements (crop diversification, maintenance of permanent pasture, and ecological focus area) survived in the final law. There were very powerful interests both in the Council and the Parliament which sought their removal entirely, and a “business as usual” CAP, so we should be pleased that this moderate but significant step has been made.

ARC2020: Which parts of the CAP support those aims in its final form?

We would have liked to have seen greening requirements which also took into account the need to combat climate change, whether through the promotion of renewable energy on farms like wind turbines and anaerobic digestors, or through promotion of carbon sequestration.

The SNP continues to support the principle of direct payments, particularly in remote areas, as well-managed livestock farming underpins indigeneous food production, a managed landscape with environmental benefits, and economic activity in regions which otherwise would be depopulated. However, this does not mean, in my view, that this justifies enormous payments to wealthy landowners, particularly at a time of budget discipline.

Aspects of the CAP we point to as critical for our goals include the Less Favoured Area Scheme, which is specifically designed to support activity in remote areas; the LEADER approach and local action groups, which ensure the involvement of communities and civil society organisations in policymaking which suits their localities; and Rural Priority grants. I would be particularly interested in using rural development funds to build a network of regional slaughterhouses to prevent long distance transport of animals, which would involve revision of the state aid rules.

ARC2020: What are the SNP priorities for developing agriculture in Europe?

We see agriculture, as mentioned above, as playing a critical role in mitigating the costs of climate change, through integration into climate strategy, for example through as many farms as possible becoming renewable energy independent. We need to continue our efforts to reduce costly and poisonous inputs into agriculture: I supported, for instance, the ban on the bee-killing neonicotinoids. And it should be noted that sustainable food production is not compatible with GMOs, which are inextricably linked to chemical inputs sold by the same companies.

Lastly, on TTIP, it may seem a fudge to say that “it is too early to say”, but that is indeed the case: the agreement, if there is to be one, is over a year away and we must make our assessments on the final text. However, let me assure you that I oppose attempts through international trade deals to undermine European standards, whether on GMOs, food safety, the environment or workers rights.

Professor issues warning from the US

Most EU countries and regions have now declared their intention to not grow GM crops. In the UK, this means everywhere – except England, as Peter Crosskey reports. […]