The Tamar Grow Local group will convert an agricultural building into a shared packhouse, meeting space and office. This will extend the existing support for new market gardeners, who will be able to work together and establish new routes to market.

With the Falkland Estate earning organic certification in May this year, two new businesses have been set up to establish a network of local growers. Falkland Kitchen Farm and Meadowsweet Organics are part of a plan to share equipment and services such as marketing organic crops.

Cloughmills Community Action Team is building a geodesic dome, like the Eden Project, in which hydroponic salad crops will be grown, alongside mushrooms raised on spent coffee grounds and shredded cardboard. The project will create new jobs for a planned co-operative venture that will also train young people facing exclusion from school or the unemployed. 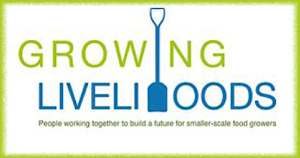 Beacon Farms is developing a hub for a group of small-scale farming businesses that will work a rare council-owned area of grade 1 agricultural land, known locally as the Blue Finger. The long term aim is to pool experience in small-scale production on peri-urban holdings.

The Cwm Harry Cultivate group in Newtown, Powys, is to take over a section of the local market hall, with five-day opening. As well as engaging with a wider public, the group will document the ups and downs of collective growing and selling.

150+ people from 20+ countries are attending Urgenci’s third European CSA gathering in Ostrava this weekend. ARC2020’s Oliver Moore is one of them. Here’s his account of the story so far. […]