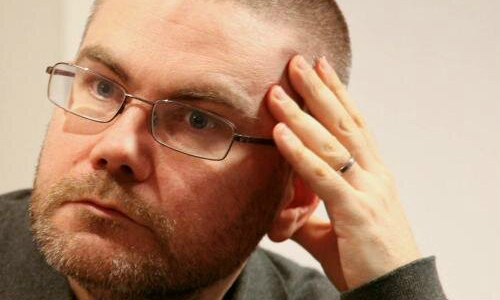 What is the real objective of the Trans-Atlantic Trade and Investment Partnership (TTIP)?

We can get a good idea from watching a video recorded recently in Brussels. It features Cecilia Malmström, the European commissioner for trade, defending highly controversial plans to usher in a court system whereby corporations could sue against government decisions they do not like.

According to Malmström, “companies need to have some sort of protection” against such issues as “nationalisation”. Intentional or not, that statement illustrates how the key negotiators of TTIP are in thrall to a right-wing ideology.

The idea that certain economic activities could be nationalised – placed under public ownership – is anathema to them. TTIP would be a legally-binding accord effectively saying that capitalism is the only permissible system in the European Union and the United States.

In the same video, Malmström insists she has “no secret agenda”. And to be fair, the Swede has been slightly more transparent than the EU’s previous trade chiefs. The irony is that the modicum of transparency she has introduced betrays an obsession with secrecy.

Malmström, for example, is publishing her correspondence online. In a letter sent during February, she told the European Parliament it was “very unhelpful” that one of its members divulged details of a TTIP-related document she wanted to keep confidential. Malmström wants to preserve an arrangement under which MEPs may peruse such papers in a restricted “reading room” and then shut up about their contents. She is demanding that elected representatives keep their voters in the dark.

In 2013, it was revealed that 93% of all meetings that the European Commission held as part of preparations for the TTIP negotiations were with big business. Malmström took up her post in November last year and has continued to follow the bad example set by her predecessor, Belgium’s Karel de Gucht.

Her website gives a list of sixteen meetings on TTIP she attended last month. Just one of those involved green and consumer rights advocates. The remainder were discussions with individual firms, trade associations or corporate-funded “think tanks”.

The French employers group MEDEF was among those consulted. A summary of its chat with Malmström suggests she viewed the anti-TTIP movement was “less virulent” in France and Britain than in Germany, Austria and Belgium. The choice of the word “virulent” is telling: ordinar folk who argue that power should not be ceded to unaccountable corporations are being portrayed as aggressive.

Malmström has tried to allay fears that proposals for “regulatory covergence” on both sides of the Atlantic would mean lower food safety and environmental standards. Speaking at an event hosted by the lobby group Friends of Europe recently, she claimed that if the EU and US agreed on a “high standard approach”, it could be adopted by other economies.

It would be foolish to believe that the corporations which have laid the groundwork for the TTIP talks covet higher standards.

BASF is a donor to Friends of Europe, as well as being a member of the Trans-Atlantic Business Council, which has been formally tasked by the US and EU with proposing ideas for boosting trade and investment. BASF also happens to manufacture pesticides that have been found to pose a high risk to honey-bees by the European Food Safety Authority.

As things stand, the EU is able to take action against hazardous substances by invoking the so-called precautionary principle. BASF belongs to a corporate alliance that is seeking to prevent the EU from taking precautionary measures in the future.

This is precisely the kind of regulatory convergence that big business is pushing. The consequences for agriculture, health and the environment are likely to be devastating – no matter how many assurances Cecilia Malmström may give.

This French farmer took Monsanto to court – and won.

The agri-food system is very exposed  – and was even before the war in Ukraine and its implications. Nitrogen fertilizer has been the bedrock of how farming happens, and its availability has led to a very specific type of food production to flourish. Decisions must be made – about feeding people, about feeding pigs, about how a grass-based system can really function sustainably. Op-Ed from Stuart Meikle.   […]