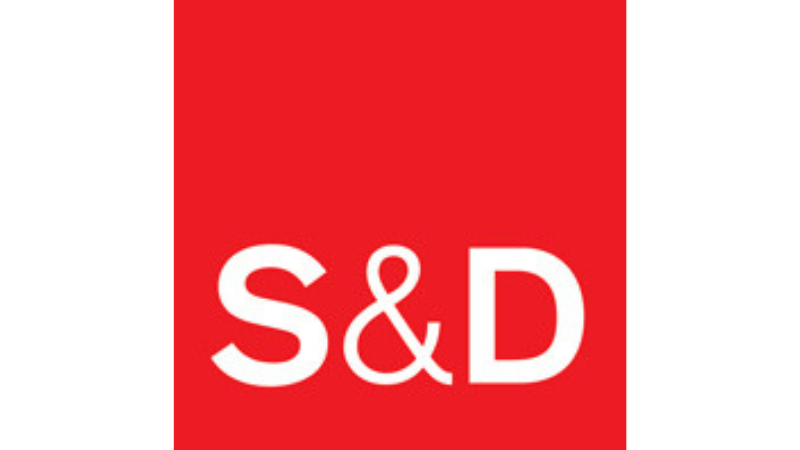 ALDE’s sustainability commitments received a lukewarm assessment from the Institute for European Environmental Policy (IEEP). Going under the microscope next is the manifesto of the Party of European Socialists (PES). IEEP looks at how PES policies have evolved since its 2014 manifesto, and examines how they stack up against the recommendations of its own Think 2030 report. It checks for compliance with red indicators – the targets in the 7th Environmental Action Programme (EAP) considered unlikely to be met by 2020, as flagged in the EEA’s European Environment Agency’s 2018 Environmental Indicator Report. So what is PES promising?

The PES manifesto seems to get off to a good start. The opening paragraph states that Europe needs to “ensure a fair agricultural transformation” – which is in line with the Think 2030 recommendations on prosperity. “A sustainable Europe that protects our planet” ranks third in the list of the party’s priorities, and CAP reform is one of the ways in which the party wants to achieve this. The manifesto calls for a new CAP to meet “new societal demands” including sustainable production methods, better nutrition, reduced food waste, better animal welfare, climate protection and protection of biodiversity. Again with the focus on fairness, PES wants to guarantee accessible, healthy and good quality food. The manifesto specifically mentions “safe products” and “an end to damaging exposure to toxic chemicals”.

Beyond these broad principles the manifesto is light on details. PES has nothing to say about the consumption of animal products, even though this is an EAP red indicator. The manifesto makes no reference to the nutrient balance on agricultural land – ignoring nitrogen levels, another red indicator. And with no concrete proposals on water or biodiversity, and no references to soil or land whatsoever, the verdict is disappointing in view of the Think 2030 recommendations on Nature.

Clean Air, Clean Water, and Clean Energy for All

The manifesto offers no specific measures to protect the EU’s natural capital, a core tenet of the EAP. Aside from a token call to “protect biodiversity on our continent and globally” PES fails to propose any plans of action or specifications to address the biodiversity crisis. In this respect it comes up short on the EAP red indicators on protected species, protected habitats, and the abundance and distribution of selected species. Overall the manifesto is not on par with the Think 2030 recommendations on Nature.

The IEEP is happy with the party’s call to improve air quality and stop pollution, which addresses the EAP red indicator on air quality standards in urban areas. But the PES proposals are less satisfactory in terms of the red indicator on the exposure of terrestrial ecosystems to eutrophication due to air pollution. And with no concrete proposals on water quality, the manifesto’s call for clean water is too little, too late for the EAP red indicator on the status of surface waters. PES acknowledges the importance of a healthy environment with this vision for clean air, clean water, and clean energy accessible for all. But the manifesto proposes no plans of action or specifications regarding the impact of the environment on health. Disappointingly for the Think 2030 recommendations on Wellbeing, a pledge to end “damaging exposure to toxic chemicals” is not accompanied by any concrete proposals.

Just transition is a key theme of the manifesto. PES wants to leave “no person and no territory behind” in the green transition. The party proposes a Just Transition Fund to help to implement the UN’s Sustainable Development Goals (SDGs) by 2030 in a socially fair way. This long-term investment plan demonstrates the party’s stronger commitment to sustainability, notes the IEEP, who commends the use of the SDGs as an overarching framework for social-ecological progress. PES wants to create an EU Sustainable Development Pact with social and ecological targets. That’s where the Just Transition Fund would come in – to bankroll efforts to meet these targets. In terms of international agreements, the party pledges to raise climate ambitions “in line with the Paris agreement” but it gives no specific targets for 2030.

In promising to tax CO2 emissions in a socially fair way, PES performs well on the red indicator for greenhouse gas emissions from transport. It wants to make polluters pay, and to support investment in affordable clean energy. But in terms of the share of environmental and labour taxes in total tax revenues – another red indicator – this policy is less promising. IEEP points to an absence of concrete proposals regarding specific sectors or instruments that would put Europe on a pathway to become “carbon neutral by 2050”. The manifesto’s focus on inequality – as it relates to environmental issues – chimes with the Think 2030 recommendations on Wellbeing. But PES stops short of making the connection between sustainability and the social pillar of rights, observe IEEP.

Overall the party’s commitments on sustainability have evolved since the last European Parliament elections. The 2014 PES manifesto outlined a vision for a “Green Europe”. Since then it has fleshed out that vision in greater detail and with more concrete proposals. PES is now calling for a move to a circular economy of production and consumption in order to stay within the planet’s limits. But the 2019 manifesto comes up short on concrete proposals for making this vision a reality, concludes the IEEP.

This is the second part in a series of IEEP analyses of European party manifestos through an environmental lens. See here for Part I when IEEP sized up ALDE’s commitments on sustainability issues. In Part III we’ll report on the IEEP’s take on the European Greens Party (EGP) manifesto.

Has the Romanian State’s lack of diligence on GM been exposed by Greenpeace? Eco Ruralis tell us. […]

The three biggest groupings in the European Parliament – Renew Europe, the Socialists and Democrats (S&D) and the European People’s Party (EPP) – have come together to launch an attack on the environment elements of the CAP proposal.  […]