A group of Danish farmers have been illegally importing fertilizers and pesticides from Germany. Recently revealed by Danish national television and the newspaper Politiken, Danish authorities estimate that between 2006 and 2009, approximately 13,900 tons of fertilizer and 45 tons of pesticides have been imported. 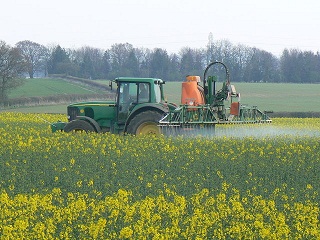 The illegal imports are compromising the Danish government’s attempts to improve the environment through the regulation of fertilizer and pesticide use. Moreover, some of the imported pesticides, such as Isoprotyron and Butysan, have been proven to be carcinogenic and illegal in Denmark since 1999. These pesticides are still legal in Sweden and Germany.

Vagn Lundsteen, director and founder of the protest group “Sustainable Agriculture” (Bæredygtigt Landbrug), a group whose main purpose is to alleviate environmental regulations, has tried to explain the reasons for the illegal import. He claims they are proof that environmental regulations are too tight in Denmark: “Swedish and German farmers produce 20-30 % more than Danish farmers”, he says, “and that’s why Danish farmers have been forced to import the tools that their neighbours use with such great success”.

The Danish Minister of Food, Fisheries and Agriculture, Mette Gjerskov, has called the illegal import unacceptable. If proven to be a large-scale operation, she is willing to increase control measures both from food and tax authorities. The Danish Agriculture and Food Council welcomes Gjerskov’s promise to increase control: “It is not only the environment that suffers, it is the reputation of the whole agricultural sector in Denmark”, says the organisation’s vice president, Henrik Frandsen. He suggests that farmers, using the illegal compounds should be banned from using pesticides and fertilizers, a suggestion that is welcomed by the Minister of Environment, Ida Auken.

Among the farmers under investigation are members of the board of the Danish Agriculture and Food Council. The board members in question stepped down from their position – and the organisation has added a clause to their foundation, stating that farmers should “maintain necessary respect for moral, ethics and current legislation”. Britta Schall-Holberg, a former Minister of Agriculture has stated that even needing to have the clause is alarming: “It is hard to understand that these measures are necessary in order to make farmers understand that actions like the illegal import of pesticides and fertilizers puts the reputation of farmers as a whole at stake.”