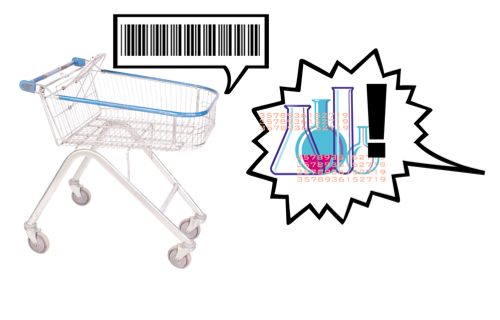 Cuts in UK local government funding in have led to a long-term decline in the level of routine food testing carried out across the country. Just before Christmas last year, the Food Standards Agency chief operating officer Andrew Rhodes reported that: “…in the last year there has been a further fall in the number of food safety officers and in sampling activity, albeit the percentage drop is lower than the previous two years.”

During the reporting period 2012-13, UK local authorities took 6.8% fewer official samples than the previous year: “…continuing the downward trend in local authority sampling activity in recent years.” The equivalent decline between 2010/11 and 2011/12 was 14.6%.

Over the same period, there was a 6.6% decline in the number of full time equivalent professional local authority staff, to 2,500. While this may be subject to reporting errors, the FSA concedes that staffing levels were down by at least 5.5%. Fewer staff means fewer tests and potentially reduces the chances of detection, but fewer detected food frauds do not necessarily mean improved compliance.

The UK has had effective food adulteration legislation since 1879, when local government took the lead in enforcement. Faced with systematic but crude and readily detectable food frauds, cities the length and breadth of the UK invested in public food-testing laboratories and engaged public analysts to enforce the rules vigorously.

Today, relatively few local authorities have chosen to retain a full range of laboratory facilities and the qualified public analysts to staff them. A lot of testing is outsourced to private laboratories which, for now, still offer the tests that local authorities need. However, these businesses are not obliged to offer tests for which there is either insufficient regular demand or profit to be made.

Food crises generate peak requirements for some very specific tests that are not necessarily available in sufficient quantity on demand. A lot of the DNA testing done for the UK authorities to identify horsemeat last year was carried out in Berlin and overseen by a private UK testing business.

One local authority that has pooled the budgets of five cities to provide essential public services is West Yorkshire. The public analyst’s reports were trawled recently by journalists working for The Guardian, who made the headlines over a weekend with the findings  that as many as a third of food test results showed up discrepancies and do not meet the standards set by the UK’s Food Surveillance System (FSS). The West Yorkshire outcomes deteriorated steeply when FSS was taken into account in 2010.

The data for 2013, which is in the public domain, contains some disturbing substitutions and malpractices, but cannot identify the brands concerned or indicate the scale of the problem. For instance, the takeaway restaurant where a chef is overdoing the salt has an impact on the local community, but this will not be as widespread as, say, an over-salted product sold nationally.

West Yorkshire public analyst Dr Duncan Campbell explained that the sampling programme focusses on businesses in West Yorkshire. As The Guardian also reported, routine food testing is not being done at all in some parts of the country. “What is lacking in the UK is a coherent strategy,” Dr Campbell told ARC2020.

For now, the UK is awaiting a final report on the integrity and assurance of food supply networks from Professor Chris Elliott, Director of the Global Institute for Food Security at Queen’s University Belfast. This is scheduled for the spring.