According to a new report compiled by The Greens, the EU seed market seriously lacks diversity. Each year, there is more concentration than the last. However, seed lobbyists claim that there are currently 7000 small and medium-sized seed companies in the EU. 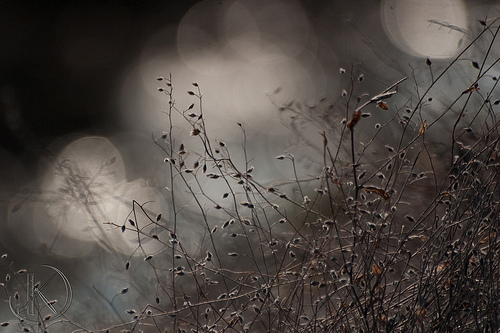 When most people think of the phrase “seed companies,” they think about breeders like Monsanto. In reality, the term includes much more than just breeders. The overwhelming majority consists of processing and treatment companies, seed growers and multipliers, seed retailers and traders. In France, only 72 out of 565 seed enterprises are breeders. That means that the “7000” figure above really signifies the entire “European seed industry.” This logic doesn’t pass the common sense test because your average EU citizen doesn’t consider seed growers and multipliers (who spend most of their time in fields) to be seed companies.

This figure of “7000” is a pure myth. Enormous seed corporations mention this misleading number to governments and the media to show the public that this market is healthy and diversified. This is anything but the truth. Very little industry data is provided and no known independent data sources exist due to the belief that this information is commercially sensitive and could give competitors an upper hand. Therefore, the European Commission’s DG SANCO must make decisions regarding the regulation of this industry with biased explanations and statistics. But wait, they are at fault too. They explain to the public that this “7000” figure is accurate and that the seed sector is in fact not concentrated. At the same time, they actually acknowledge that 95% of the EU vegetable seed market is in the hands of just 5 companies in their own impact assessment of the newly proposed seed marketing law… not exactly a good situation for consumer choice and buying power.

A healthy seed market would include many competitors owning very small percentages of many sectors of the seed industry. Also, the ability to enter and exit the market would be enhanced in this situation. Genetic diversity is the cornerstone of a healthy biosphere. For years, there has been a dramatic decrease in the number of competitors due to large-scale industrial farming, which has caused food insecurity.  According to the Food and Agriculture Organization (FAO) of the United Nations, the 20th century saw a drop of 75% in the diversity of cultivated crops.  Now, 90% of human caloric intake comes from 30 crops and rice; maize and wheat make up half. By 2050, scientists estimate that 1/3 of today’s crop biodiversity will be lost. If there are only a few dominant crops in a region and they begin to fail due to changing climate or other factors, the people living there will either become dependent on national and global food production or face hunger. These are the cold hard facts.

In the case of Eastern Europe, the situation is quite interesting. Romania, Poland and Hungary together account for 4800 (68%) of the 7000 “seed companies.” However, these companies only represent 8% of the EU seed market share. How can this be? Well, a huge percentage of them are actually micro-enterprises that are not seen as very valuable in the monetary sense. Production or treating companies either have contracts with seed growers or sort, package and sell the seeds. These are not seen as tasks which require so much expertise or precision. According to the EU Commission, all three countries contain significantly more seed multipliers, maintainers and traders than breeders. In Poland and Romania, a tiny 3% of companies are breeders. In Romania, 81 maintainers are listed in the national list of agricultural plant species which represents 35%. In Poland, just 18% of the seed companies are from that country. In my view, the large multinational corporations just use Eastern Europe as a small and unimportant step to making a valuable product which offers great return on investment. They are the unfortunate backbone of this EU seed market myth.

Solutions needed for Romania’s all too frequent droughts

Smallholders feel the impact of declining investment in irrgation […]