Pesticide victims Laurent Guillou and Stéphane Rouxel have won their cases against former employer Nutréa-Triskalia. The former employees at the Plouisy site of the giant Breton agricultural cooperative Triskalia suffered acute exposures to pesticides in 2009 and 2010. They suffer from hypersensitivity to everyday household chemicals (MCS), a condition that has also been recorded among Gulf war veterans. 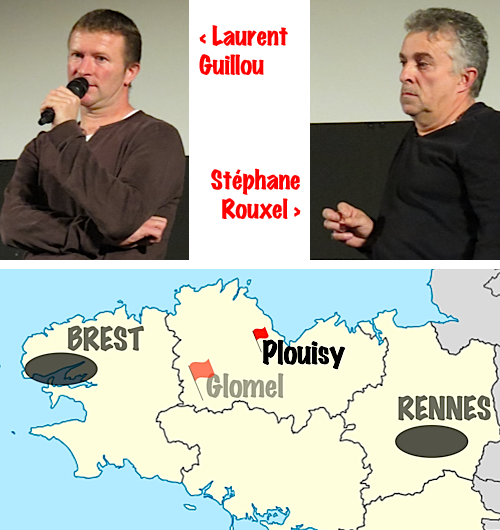 The decision by the Tribunal des Affaires de Sécurité Sociale (TASS) at Saint Brieuc to award damages to pesticide victims is the first of its kind to recognise MCS in the French justice system. After years of legal battles, their accusations that the massive use of pesticides in food production is an environmental and health scandal are being vindicated.

MCS is a debilitating condition: in the soundtrack of a campaign video [Paroles-de-Plouisy], Rouxel recounts that in his case it can be triggered by something as trivial as encountering people wearing perfume or after shave. The effects can come hours or days later and include severe headaches as well as diarrhoea.

The initial TASS verdict was handed down two years ago and it covers the 2009 incident: proceedings are still in train for the 2010 incident. The Plouisy site delivers animal feed to Triskalia’s livestock members and seeds for the cooperative’s growers. It is registered as a low threshold site under the Seveso 3 directive, because of the toxicity and tonnages of some of the products it stores.

Rouxel and Guillou are supported by the same network of associations that helps father and son Raymond and Noël Pouliquen, whose story was recounted by ARC2020 recently. These volunteer groups are often stretched and need additional resources to be able to make a difference.

Phyto-Victimes, a French campaign for victims of crop treatments has launched a fundraising drive to support its efforts for those whose working lives have been blighted by crop products: visit this link for more information.

All ARC2020 articles on Pesticides