Monday 5th December is the UN World Soil Day. Ban Ki-Moon’s quote above only scratches the surface of what soil is and does. Life giving, carbon sequestering, the microcosmos beneath our feet feeds us and protects us. It can however be washed away and lost through bad farming practices, from monocultural maize plantations and compaction to microbe destroying agri-industrial inputs.

There are numerous sources of reading on soil and farming. Here’s some of our favourites. 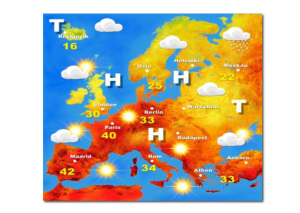 Regeneration of soils and ecosystems:

Íñigo Álvarez de Toledo’s 2015 white paper is a treasure trove of research and suggestions on soil, climate change, farming and regeneration. The paper “explains and justifies scientifically the need to give absolute priority to the regeneration of soils and ecosystems”. How carbon, soil and climate change are interconnected, the role of industrial farming in the probelm and regenerative farming in the solution are explained, while policy recommendations are also made.

The Potential of Carbon Farming

Eric Toensmeier has written extensively on agroecological methods, including and in particular agroforestry, as techniques to improve soil and fight climate change. Here he explains his ideas for permaculture magazine.

“Carbon farming is a term used to describe a suite of crops and agricultural practices that sequester carbon in the soil and in above ground perennial biomass. If widely implemented, these practices have the capacity to sequester hundreds of billions of metric tons of carbon from the atmosphere in the coming decades. If we combine carbon farming with a massive global reduction in fossil fuel emissions, it can bring us back from the brink of disaster and return our atmosphere to the “magic number” of 350 parts per million (ppm) of carbon dioxide (CO2).

Unlike high-tech geoengineering strategies, these practices can also feed people, build more fertile soils, and contribute to ecosystem health. This may seem like a bold claim – and it is – but as we scramble for solutions to our climate catastrophe, the incredible sequestration potential of the crops and practices I describe in my new book, The Carbon Farming Solution, have largely been ignored.” Happily, the article goes on to outline many of the solutions available.

What if great growing soil was under threat from development – how would you respond? Two artists took a specific path, one that helped people engage with the issue in novel ways. And in so doing, they brought different people  – from across a wide spectrum  – together to get to know that earth beneath their feet a little better. Find out about the Soil Sisters of the English city of Bristol. Mario Catizzone of the fantastic #People4Soil initiative tells us about it.

Soils Cities and Microbia – teaming with life (May 2016) This article summaries two publications on Soil and Cities  and on the effect of Roundup on soil microbiota to show just how important and delicate that dirt beneath our feet is.

Soil in the EU  – Institutional Inertia and People Progress (Feb 2016)

Drying Soils and Bad for People and Planet (Feb 2016)

Why are so few people talking about soil as a climate change solution? (Jan 2016)

Soil in the news 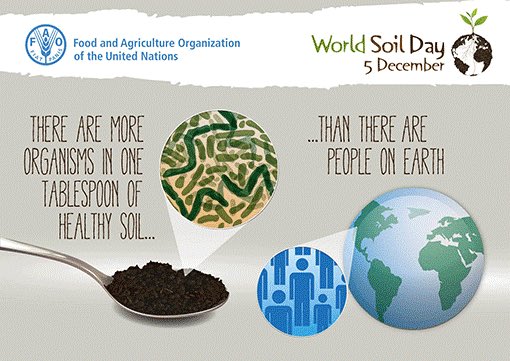 2014 How we ended up paying farmers to flood our homes UK journalist Goerge Monbiot explains why he thinks maize plantations, and CAP contribute to flooding. UK Farmers debate Monbiot maize and soil

2016 Soil carbon storage not the climate change fix it was thought, research finds.

2016 Scientists have long feared this ‘feedback’ to the climate system. Now they say it’s happening

About Mario Catizzone 7 Articles
Mario Catizzone is an Italian Agronomist and Soil Scientist. He has worked for NGOs, IGOs and the UN FAO on activities related to environmental and agricultural concerns. From 1989 to 2013, he was Scientific Officer at the European Commission, Research Directorate General (RTD), dealing with environmental research (soil, water, remote sensing, terrestrial ecosystems and biological diversity), agriculture research (farming systems) and with sustainable development, in developing countries and in Europe. He then became Senior Scientific Officer at the ‘International Dimension of the Framework Programme’ with specific responsibility on Africa, India and China. he was detached two years in Sweden at the “Swedish Environmental Protection Agency” – NV (Stockholm) and six months at the Africa Union Commission Headquarters (Addis Ababa, Ethiopia). In 2014 he joined the Save the Landscape Forum (Forum Salviamo il Paesaggio) where he helped create the Soil Europe Group in which he acts as a referent.

What happens when socially and ecologically engaged artists really focus on soil? And in so doing, bring different people – from across a wide spectrum – together to get to know that earth beneath their feet a little better? In one city in the UK – Bristol – they have done just that. Mario Catizzone tells us about it. […]