Following the release of the CLLD declaration: Community-led local development: making it a success in July 2012, several European organisations and networks with experience in local development have expressed their support for the joint position. It also now provides a basis for concrete contributions to the position of the Committee of the Regions and the European Parliament on CLLD. 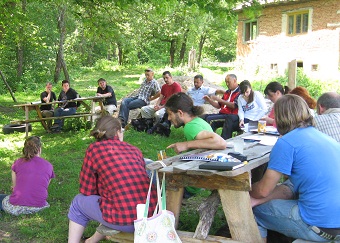 The CLLD Declaration was prepared by a group of experts from LDnet (an informal local development network), with various interested parties adding comments and suggestions. Most recent contributions have come from AEIDL and the Polish Network of LAGs.

Community-led local development will also be prominent in this year’s OPEN DAYS – European Week of Regions and Cities, now a key event on EU Regional Policy. Taking place in Brussels from 8th – 11th October, the annual four-day event provides an opportunity for cities and regions to showcase their capacity to create growth and jobs, implement European Union cohesion policy, and prove the importance of the local and regional level for good European governance. Each year OPEN DAYS see approximately 6,000 participants (local, regional, national and European decision-makers and experts) arrive in Brussels for more than 100 workshops and debates, exhibitions and networking opportunities. In addition to the Brussels-based activities, some 250 local events are run from September to November all over Europe.

A workshop by LDnet will be held on 9 October from 11:15 to 13:00 entitled: Community-led local development as a European movement. More than 200 requests were received for a place at the workshop and registration is now closed. According to the LDnet website the workshop promises to be different from the other workshops on CLLD as it will cover local development in both urban and rural contexts, over a long timespan and under various EU and national policies and programmes.

What is Romania planning to spend its Rural Development money on, and what sort of effect will this have on its countryside and environment? […]