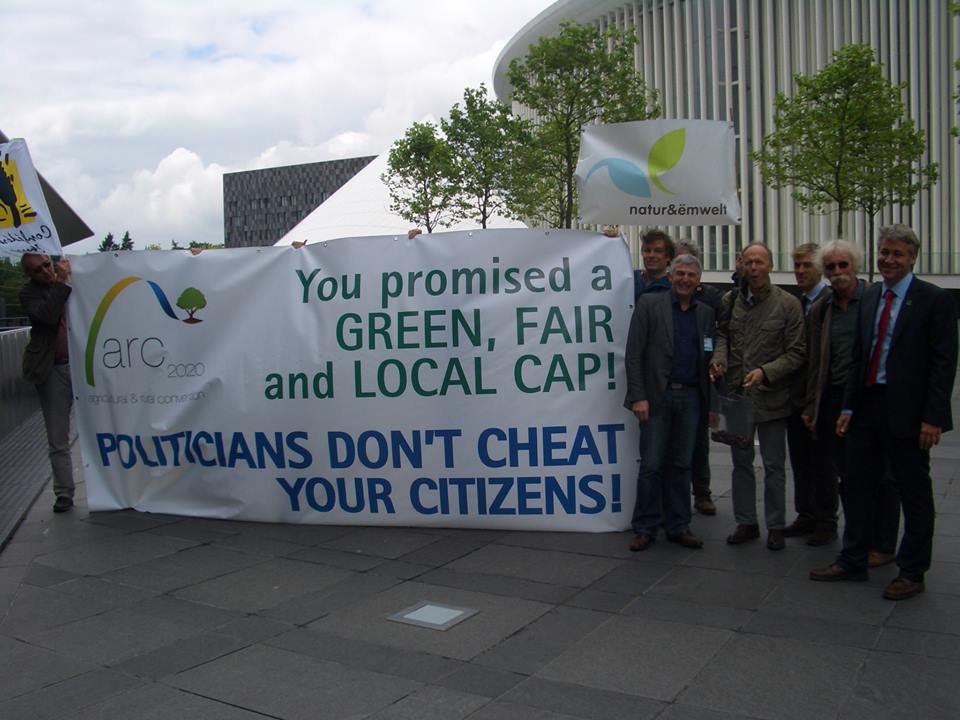 In a process of neat symmetry, last week bought two moments of what appears on face value to be good news for the European Environment. First, on Monday, it was announced that the LIFE Program, the EU’s main financial instrument supporting environmental and nature conservation projects, would increase by 20% for the 2014-2020 period. Twenty four hours later, the final vote was cast to cement the reforms to the Common Agricultural Policy (CAP) for the same period. But is this really all good news for the environment and rural Europe?

Widely criticized as a means of both redistributing money into the hands of rich landowners and intensifying agriculture at the expense of the environment and rural society, the new CAP budget is down 20% from 2006 and has been heralded by Dacian Ciolos, the European commissioner for agriculture and rural development, as ‘fairer and greener’ than ever before.

But is this really the case? While the LIFE program budget has increased, it is now to accommodate a new climate spending stream as well, stretching the budget further than its 20% increase warrants. As such, the funds for LIFE environment, the centre piece of the conservation program, have actually been reduced. Meanwhile, the funds for the new LIFE climate stream have, in part, been rechanneled from other EU climate change projects. And still, altogether the LIFE program takes up just a paltry 0.3% of the EU’s budget. However loudly the European Commission declare that LIFE is turning the EU into a resource efficient, greener and more competitive low-carbon economy, the reality is that climate change and the environment are still down the bottom of the list of priorities.

A close look at the CAP makes this even clearer. Much has been made of the reforms increased focus on greening payments, designed to increase crop diversification, maintain permanent grasslands and conserve areas of Ecological Focus (i.e. hedgerows, trees, bufferstrips). However, the policy is riddled with exemptions. Half of EU farm lands are exempted from making any kind of space for nature –essentially committing 87 million hectares to something approaching ecological aridity – while a quarter is exempted from even such basic practices as crop rotation.

But the key to the CAP’s effect on the environment is not in its direct greening initiatives, but in its economic approach to agriculture, and with these reforms it continues to follow the path of liberalization and deregulation that has been so destructive to European landscapes up until now. This approach, which rewards productivity and size over all else and places the vast majority of funds in the hands of a small minority of farmers, is far removed from the official mantra that the CAP develops ‘intelligent, inclusive and sustainable growth’ in agriculture. In fact, by artificially manipulating the market through uneven subsidies, the diametric opposite is true: the CAP will continue to force small farmers out of business and off the land, leading to a breakdown of the diversity that comes with small farms and an increase in the ecologically destructive practice of intensive agriculture. This is ‘intelligent’ only under the skewed logic of neoliberal economics, a logic that is inclusive only to the rich and sustainable only to the blind.

A glimmer hope could remain though. This time round, individual governments of member states have more control over the way CAP funds are disseminated than they did before and so, in theory, the policy can be moulded to the different needs of the drastically different rural economies seen across Europe. For Romania especially a rethought and restructured payment system could make a significant difference to saving our rapidly degrading rural economy and landscapes.

But this is not the priority of either Daniel Constantin, the Minister for Environment, or Secretary of State Achim Irimescu who, in a trilogue in Brussels before the CAP vote, stated that ‘In Romania we have only 12000 economically viable farms, which use 45% of the countries’ arable land and clearly produce for the market. Indeed we have social problems and we cannot kill off small farmers, but in our opinion, it would be a mistake to encourage their maintenance in this form’. With this attitude governing the country, Dacian Ciolos’s promises of a ‘fairer and greener’ system seem like nothing but idle dreams.

For a handy factsheet on CAP reform from our friends at Birdlife Europe, see here

For our Toolkit on CAP reform see here

Luke Dale Harris is a freelance journalist, and also media editor with Milvus.

About Luke Dale Harris 3 Articles
Luke Dale Harris writes for numerous publications, including the Guardian, the English Edition of Der Spiegel and the Huffington Post and he is also media editor with Milvus.

ARC2020 is one of 30 civil society organisations have written an open letter in order to highlight the priorities and actions that the F2F strategy should have in order to provide a coherent response to societal concerns about biodiversity, climate change, health, income of all workers in the food chain, social equity and animal welfare, amongst others.  […]

what amounts to a mini CAP reform has just passed a crucial stage towards becoming law. There is but a single plenary (all MEPs) vote in the Parliament left, most likely in December. So what was agreed and what does it mean?
[…]

Towards a New Paradigm for Nature in the EU

Adopting rights of nature in EU law and policy would not only help to deal with current environmental issues but also induce a profound change in the way that nature in Europe is perceived and protected in the future, argues Mumta Ito. […]