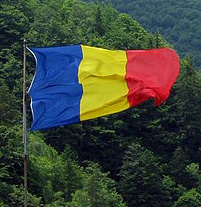 During a visit that the Romanian Minister of Agriculture did at some greenhouses near Bucharest, Romanian vegetable producers declared, opposite to the official reactions that appeared so far, that starting with March, the prices of vegetable will double because of problems that appeared in the production cycle because of extreme weather conditions.

Following these remarks from the producers, the Minister of Agriculture, Stelian Fuia declared that there are possible some delays in the delivery of green lettuce, tomatoes, cucumber, but also for other vegetables because the planting of some species was not possible under these weather conditions.

“Although it is a free market the Government decided to monitor the import of fruits and vegetable in order to limit tax evasion”, Fuia declared. He added that the Government will not use any national emergency funds or call for European aid to help vegetable producers from the affected areas because agriculture is a very well regulated field at European level and such a support might be considered state aid.

“When all the evaluation will be finalized after the size of damages we will see what can be done to aid those affected. If there are small producers, with solariums, that cannot afford insurances, they will have priority. Today I visited a greenhouse, where the owner chosen not to insure it because the insurance would have cost him 1 million Euros, and rebuilding the greenhouse just 800 thousands Euro”, the Minister of Agriculture explained.

The Ministry of Agriculture and Rural Development said that the evaluation of all damages because of extreme weather conditions on all crops will be finalized by March 17th.