When it comes to food and agriculture, traveling through the Republic of Moldova takes you back in time, in the best way possible. Eastern Europe still shelters a great number of peasants, which provide direct access to healthy and organic food for consumers. After joining the EU, Romania started privatising peasant markets, implementing sanitary norms by unrealistic standards, which diminished the quality of food and the number of local producers. So I wanted to visit the central peasant market from Chișinău – the capital city of Moldova, since I started planning my travel in the summer. I was hoping to find what Romania lost in the last 9 years of implementing the Common Agricultural Policy. My expectations were far exceeded. Chișinău central market is a vivid example of how peasants can feed very well the city people. 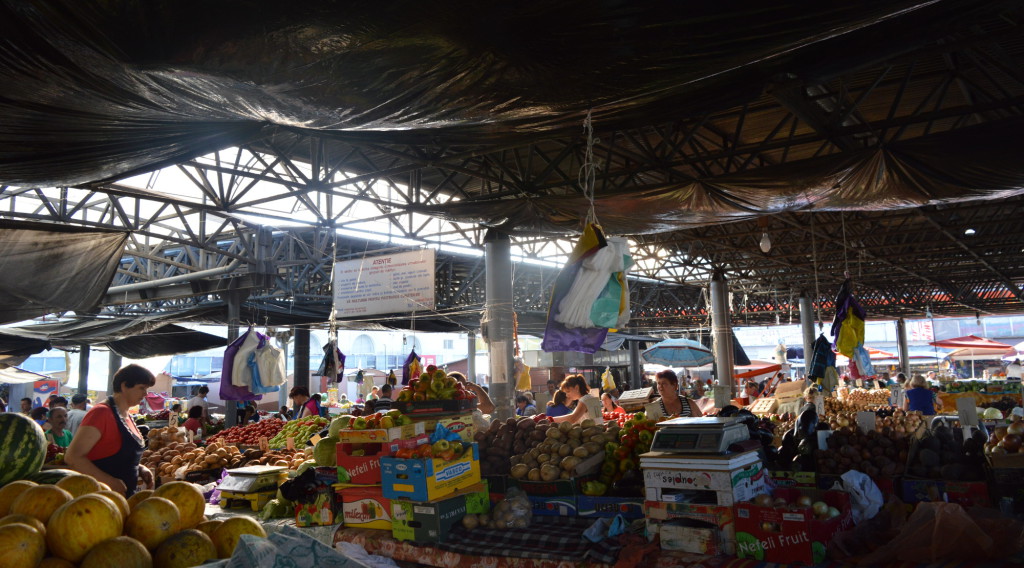 With 4596 stalls, and 722 boutiques, the Central Market of Chisinau is the largest open market in the region. Once you are there, you will discover markets within the market. The peasant market occupies 2 different immense spaces within the Central Market. The diversity of food is unbelievable. Everything is beautifully organized and improvised in sectors: fresh vegetables and fruits, pickles, oil, fish, meat, eggs. Street food and coffee stands can be found all over the market. Thousands of customers shop every hour. Every corner of the market is alive.

In the meat sector I discovered fresh ducks that were sold on water bottles, to keep the meat cold. The ducks came from the peasant farm of the lady who was selling them. She firmly told me that she works hard to provide for her family and deserves to have access to the market. She has loyal customers who buy her delicious ducks and chickens.

In the vegetables areas we discovered local varieties of tomatoes, garlic, cucumbers, beans, watermelon and so many others. The colors, the shapes, the taste, the smell, the feel of those fruits and vegetables were loudly expressing ”agro-biodiversity”. The producers knew each other. Any discussion was attracting the curiosity of the neighbor. The best and longest discussions I had were about their seeds. One of the producers had over 20 types of beans. Another one had 5 different local varieties of garlic. Tomatoes were just so diverse. Many of them kept seeds in the family over generations. And they had so much to say about their inheritance.

But unfortunately, the city administration ignores the importance of peasant markets. According to local rumors, next year the Central Market will be relocated to the suburbs, in order to make room to an office buildings project. 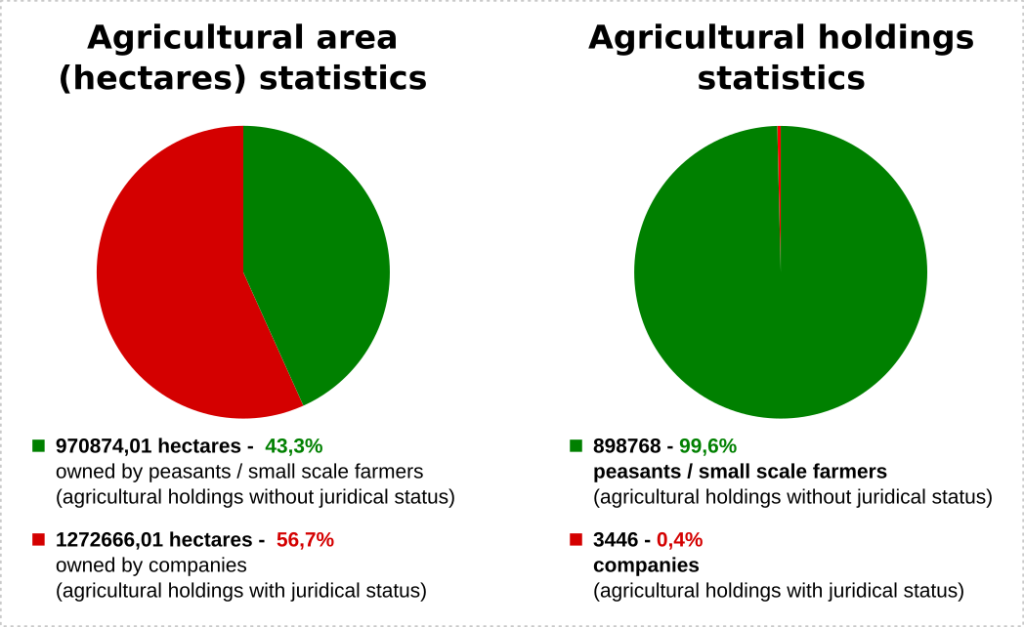 Like Romania, the Republic of Moldova has one of the highest rates of rural populations in Europe. The overwhelming majority of people established in the countryside are engaged in small scale, peasant agriculture. According to the General Agricultural Census from 2011  (opens PDF), 99,6% of the agricultural holdings are owned by peasants, while only 0,4% are owned by companies. The control of the land situation is completely reversed, showing a real drama for the peasant farming: peasants which represent over 99% of the actors engaged in farming, work 43,3% of the farmland; while companies, which literally represent a handful under 1% of the agricultural holdings, control 56,7% of the farmland.

But there is a new vibe in Moldova these days. People are in the streets, claiming a more just system. The civil society of Moldova is building it’s confidence and capacity, every year. Hopes are rising.

EU Commission to apply financial discipline mechanism for the CAP budget for 2015. […]