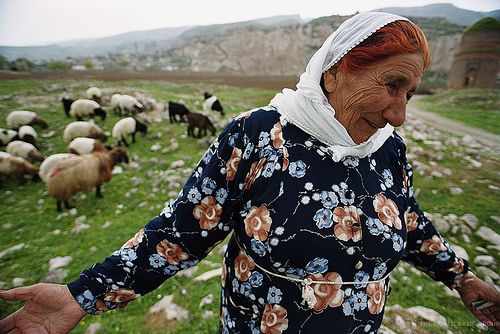 Following a contentious and  controversial election in Turkey politicians seem to continuously highlight that Turkey is Europe’s first and the World’s 7th largest agricultural producer. Roughly 80% of the hazelnut production, and most  of the fruit and veg that is exported into the EU comes from Turkey. These figures sound impressive. However, for the last decade Turkish peasantry which holds nearly two-thirds of the Turkish farms has been the poorest segment of the society. Their political, economical and cultural rights are constantly violated by the ruling Government itself.

According to the Turkish National Institute of Statistics (TNIS) (pdf), agriculture makes up 8,4% of the national income and 25 % of the employment. Its 38.6 million hectares of utilized agricultural land has a segmented structure where an average plot size has around 5 hectares. Turkey, an EU candidate country for more than 15 years, has a very large utilized agricultural areas compared to other European countries.

Having such a strong rural base, the country has always been struggling to comply to the EU’s agriculture and rural development strategies. In the name of this compliance and to enhance a fast economical growth by privatization, new sets of regulations were enforced threatening to destroy the rights of peasants by interfering with their access to seeds, land and political rights.

Let’s consider Anatolia. Ancestral seed diversity is the basis of agriculture in this beautiful part of Turkey. The region can be considered a gene bank, abundant in diverse seeds and foodstuff. However, nowadays local seeds are only likely to be seen coincidentally in remote villages due to the Turkish Law on Seeds issued in 2006. After the state had abandoned seed production, the seed market has been taken over by multinational companies. Today, the Turkish seed market is mainly controlled by 400 companies where the most powerful 30 are multinational, as Turkish farmers are allowed only to barter their traditional seeds.

Turkey hosts more than 81,000 rural settlements, where 95 % of the villages have populations less than 2000. The rural population in Turkey is much higher than the EU average. During compliance negotiations, it was asked decrease this ratio. In order to satisfy this demand, a new Metropolitan Law (pdf) came into force in 2013 and 34 000 villages and small towns were absorbed by the cities and their legal entity has been abolished. As a result, according to TNIS, the percentage of rural population dropped from 22,7% to 8,7% in one year.

Let’s be clear though, 77% of Turkish population lives in the outskirts of newly defined cities where urban and rural borders are not clear. This change results in a lower political representation of rural areas. Village chiefs, who used to be involved politically into the decision making, have became powerless, bearing only a title now. Common resources such as pastures and meadows no longer belong to peasants  – instead, these are in the process of being turned into real estates. More outrageous is that animal husbandry including small poultry farms might be banned due to potential complaints based on urban laws.

Moreover, in 5 years, farmers who were legally living in rural areas will be no longer exempted from taxes and water fees and they will have to pay more for producing food. The law is not only fostering urbanization but also deteriorates peasants’ economic, political, cultural rights and most significantly their purpose of existence, self-sufficiency and producing quality, local food.

According to Chamber of Turkish Agricultural Engineers (CTAE) (pdf) in the last 10 years, Turkish agricultural land has decreased by 2.7 million hectares, a chunk of land corresponding to the size of Belgium. The conversion of fertile lands into industrial areas has become even easier than before. The Union of Turkish Chambers of Agriculture (UTCA) also shows that 10% of the utilized agricultural lands are used for non-agricultural activities, namely, energy and contruction projects with the label of “engines of growth”. An “Urgent Expropriation Law”  (pdf) which should only come into application in state of emergencies such as war, disasters or urgent citizen needs, has opened up rural society to the interests of private companies. Since 2014, 165 expropriation decisions were taken to build up hydroelectrical power plants (HES) and construction projects (including the Third Bosphorous Bridge) (pdf) which destroyed pastures, forests and agricultural lands without the prior consultation of the inhabitants. Peasants were forced to abandon land and work as wage labourers, without social security, building these destructive projects.

Fortunately, Turkish peasants have also developed resistance to the implementation of these laws. Çiftçi-Sen, the Confederation of Farmers’ Unions and a member of European Coordination Via Campesina is fighting for the welfare of peasantry in Turkey. However, the Ministry of Labour and courts including the Supreme Court have claimed (pdf) that non-wage owner groups don’t have trade union rights and offered them only to organize in associations and foundations. As a result, they have faced many administrative obstacles and even actions forcing their closing.

A set of destructive laws, fast urbanization and environmental degradation are all pushing out small farmers. Is this the price to be paid for Turkey to join the EU?

Access to land was the topic of a panel discussion at our rural resilience gathering in north-west France last week. To add to the conversation, we present our findings from research on the ground, over the past two years of the “Nos Campagnes en Résilience” project. In the first of a series on hot topics around transition, we look at land, water and soil – all pivotal issues for socio-ecological transition. Analysis by “Nos Campagnes en Résilience” team. […]

This is #AgtechTakeback. L’Atelier Paysan is a French cooperative that works with farmers to design machines and buildings adapted to the specific practices of small farm agroecology. In addition to distributing free plans on its website, L’Atelier Paysan organizes winter self-help training sessions, during which farmers train in metalworking and build tools which they can then use on their own farms. […]

In Eastern Europe, the creation of international documents protecting land rights is more than welcomed. […]