According to the Polish Prime Minister, the European Commission forced Poland to pass a controversial bill admitting GMOs on account of EU regulations. This is the statement PM Donald Tusk made to reporters on Friday reacting to the public outcry against the new bill. 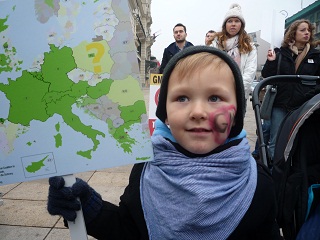 After the European Commission started a punishment procedure against Poland in September, the Government hastily reacted adding regulation required by EU law (allowing GM crops, setting the Register of GM crops into aplace) into the Seed Act which accidently was proceeded by the Parliament at this time.

On Friday November 30th, the genetically modified seed bill gained the necessary majority in the Polish Senate upper house and awaits the signature of President Bronislaw Komorowski. Donald Tusk expressed hope that President Bronislaw Komorowski will sign the bill. On November 25th and 28th protesters outside the Presidential Palace were calling upon President Komorowski to veto the law that would make GM plants and seeds legal in Poland, claiming that the Polish countryside and consumers are at risk.

The protesters delivered a petition to President Komorowski which reads: “This decision will damage the good name of Polish food and farming amongst those who praise Poland for its high quality produce […] We also have dramatic evidence that ingesting even small doses of GM food can cause major health problems, including infertility, cancer in rodents tested under laboratory conditions.”

The new law was opposed by all opposition parties in the Polish Parliament.

French parliament register of accredited lobbyists is being cleaned-up […]