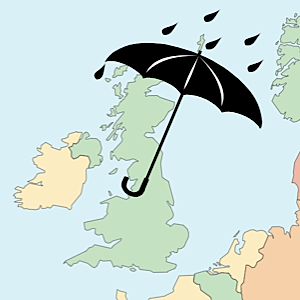 The UK all-farm average business income is GBP 47000 for the year 2012-13, according to official figures released by DEFRA. However the ministry figure includes an average of GBP 25000 for Single Payment Scheme (SPS) money, which is not directly generated on any farm. So an adjusted headline figure for earnings from farming would be GBP 22000 between those working the farm: less than the average weekly earnings for an employee in a food factory (source: National Office for Statistics).

DEFRA attributes the slide to a poor growing season and difficult conditions for cropping and livestock sectors alike. Higher feed costs were blamed for a 50% fall in lowland grazing incomes (average GBP 16500), while their upland counterparts in Less Favoured Areas (LFAs) suffered a 35% drop in earnings (average GBP 19500). DEFRA concedes that both categories of farming activity lost money saying they: “…failed to make a positive return from agriculture…”

Yet the ministry insists on blaming the lower exchange rate for reduced CAP receipts, as if these were a direct product of farming. Essential for the survival of these farms, to be sure, but no different from any other farm in the UK.

More than one in five specialist pig units from the DEFRA sample lost money, despite being in a sector that supposedly saw a 4% improvement in headline income figures. Given the price of cereals over the period in question, it is hardly surprising that about a third of the DEFRA sample reported a loss or less than GBP 10000 net profit on the year.

The National Farmers Union (NFU) had a straightforward explanation. Chief economist Phil Bicknell declared: “These results highlight the financial impact of the appalling weather of 2012. Whether it was reduced output or higher feed bills, the bottom line for many farmers will have taken a hit.” He reminded anyone who did not already make the connection, that 2012’s weather sets the scene for the following year, warning that: “Financially, this year is likely to be another tough one for some farming sectors.” Bicknell urged: “…support from government to enable our farming industry to be resilient rather than leave significant parts of our industry at risk.”

UK mainstream media dubbed it a “food waste supermarket” when it opened in September, but The Real Junk Food Project’s first warehouse in  Pudsey, Yorkshire, is unlike anything that most people would describe as a supermarket. To be sure, it has shelves loaded with supermarket food products, alongside fresh produce from allotments and surplus products discarded by a food photography studio, but there is not a shelf-edge price label in sight. Instead, users are invited to “pay what they feel” – either in cash or in kind. Local supermarkets have agreed to donate stock which they can no longer sell legally, but is still fit for human consumption. In so doing, they save the cost of disposal and The Real Junk Food Project can “feed bellies, not landfill.” The depot is the latest in a series of projects and pop-up cafés that tackle food waste head-on. The Real Junk Food Project network has members across the UK, France and Germany: contact details can be found on its website at www.therealjunkfoodproject.org

The European Parliament last week called on member states to step up enforcement of existing rules on protecting livestock during transport. MEPs are urging member states to ramp up spot checks, use tracking technology to monitor compliance, and apply tougher penalties for offenders. Transport times should be cut, but the preference is to phase out live exports altogether in favour of local slaughtering. And when animals are transported to non-EU countries, EU standards should be applied. […]