The UK National Farmers’ Union  warned last week of ‘long term damage’ to its horticultural membership when the Seasonal Agricultural Workers’ Scheme (SAWS) is shut down by the UK government at the end of the year – once transitional arrangements for Accession 2 (A2) countries (Romania and Bulgaria) expire. Under the scheme, the UK Home Office (interior ministry) allocated quotas for seasonal agricultural workers to be drafted for up to six months at a time, to live and work on farms for minimum agricultural wages starting at GBP 6.52p/hour for 39-hour weeks (officially). 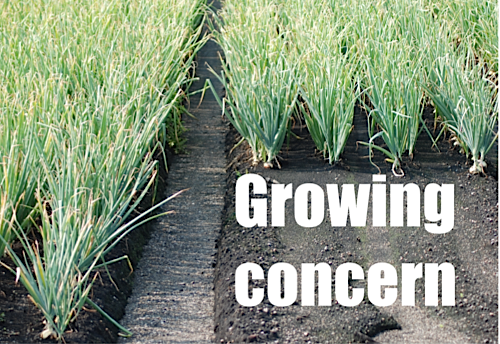 The NFU explained that SAWS was an insurance against possible labour shortages from EU member states. Horticulture board vice-chairman Anthony Snell declared: “If the government is serious about the horticulture industry securing all of its seasonal labour from the UK and the EU it must ensure that all of the barriers to doing so are removed. That means more government assistance for the recruitment of UK or domestic labour.”

Environment agency DEFRA met the NFU and UK-based SAWS stakeholders this week [October 15] to discuss the impact of removing the scheme. For growers who pack fresh produce for the supermarket trade the impact is all too real: pay more to gangmasters for labour.

As Richard Cunningham wrote in The Guardian in September, migrant labour is more reliable, can be coerced more easily, and most importantly from the hardliners’ point of view, can be shipped back home to obscurity when the job comes to an end. The difference between migrant labour and slavery is one of history rather than intent.

However, UK farmers probably do not need to read accounts of the Canadian Farmfare project [see this Canadian government study in abjectly reactionary politics] to guess that inexperienced welfare claimants are probably going to be less reliable in the field. As this 1999 quote from a Canadian local paper reported [see page 20 of the download]: “…the crop that’s missed may never be harvested; the fruit that’s bruised may never be saleable.”  That alone is enough to strike fear into the hearts of any grower.

Even though industrialised farms are among the most dangerous working environments on the planet, the employer is likely to think about the liabilities involved rather than query the everyday risks of farm work. An injured welfare claimant is more likely to make the headlines and hire a gold-digging solicitor than a migrant worker.

Since the UK government is already seriously contemplating compulsory 35-hours-a-week attendance at Jobcentres for claimants, it would be hard to imagine that a scheme similar to Canadian Farmfare has not already been considered by Westminster’s increasingly desperate policymakers.

However, so far the UK government has turned a deaf ear to employers’ pleas to retain the access to temporary, no-strings-attached labour that SAWS provided. It is this prospect that most alarms the NFU growers, who already have crops in the ground that will need harvesting in the opening months of 2014.

In a written statement to parliament, UK immigration minister Mark Harper reminded parliamentarians that once the 21,250 SAWS quota was withdrawn, “…growers will have unrestricted access to EU2 [A2] workers.” This is part of a longer term government plan to phase out such schemes, since the EEA labour market is expanding. He added: “We do not think that the characteristics of the horticultural sector, such as its seasonality and dependence on readily-available workers to be deployed at short notice, are so different from those in other employment sectors as to merit special treatment from a migration policy perspective.”

In practice, the SAWS scheme ensured that seasonal workers stayed in isolated working locations, “…with no distractions…” as a report by the Migration Advisory Committee (MAC) stated earlier this year. The document paints a curiously cosy picture of migrant labour: it is necessary, however, to challenge some of the underlying assumptions it makes. Like any other migrant labour scheme, SAWS ensured that seasonal workers did not stay on beyond the end of the season.

The SAWS documentation describes those taking part as ‘unskilled’ and supposedly pays an agricultural minimum wage accordingly, for the duration of their hire.

Given the circumstances under which the Gangmasters’ Licensing Authority found migrant labourers living, this is an over-optimistic assumption to make, not to say naive.

Harvesting field crops may be poorly-paid, but it is not unskilled. The speed at which harvesting and packing work is expected to be carried out in the fields to supermarket standards requires a lot of stamina and dexterity, which would appear to be in short supply in the UK.

Growers in the UK currently recruit a third of their seasonal labour from A2 countries and a further half from Accession 8 (A8) EU member states. The minister believes that: “Seasonal agricultural work can pay good wages and the sector should be able to attract and retain UK and EEA workers.” He even has an official piece of paper to refer to, which tells him so.

The minister added: “The Department for Work and Pensions [DWP] has been working with JobCentre Plus, LANTRA (the sector skills council), the National Farmers’ Union and others, including growers and horticultural recruitment firms, to help unemployed UK residents into horticultural work through training and guaranteed interviews.” How this will address the mismatched geographical distribution of the unemployed in urban centres and the rural locations of the field crops that need workers is just one of the unanswered questions that the UK government is quietly avoiding. What seasonal workers live on between seasons is another.

Recent publications have thrust the inequality of UK land ownership into the public eye. Lesser known is that landowners (and farmers) profit further from a series of, sometimes bizarre, tax breaks. Miles King summarises the findings of a report by People Need Nature into this tax system. […]

As the English countryside is gobbled up by monoculture, one family farm is making space for nature. Carymarsh nature reserve is a patchwork of habitats – wetlands, woodlands and feeding grounds for overwintering birds – where people are welcome too. Story by Ursula Billington. […]