What do Italian farmers think of greening and the new structure of direct payments? And how many farms would already comply with the rules of greening? An Italian survey carried out in December 2011 by the National Rural Network, within the initiative “Retebarometro”, tried to provide an answer. 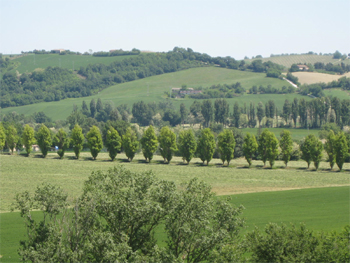 The survey was carried out two months after the publication of EU Commission’s CAP reform proposals, and after farmers had become sufficiently familiar with terms such as ‘greening’ and ‘ecological focus areas’. The survey collected opinions and insights from 300 farms along the entire peninsula, as well as the main agricultural sectors, focusing on some of the most innovative aspects of the Common Agricultural Policy reform looming on the horizon.

In terms of crop diversification, the survey revealed that only 11% of farms with more than three hectares of arable land currently cultivate the required minimum number of crops: three. 50% of farms only focus on one and 38% diversify with two crops. Of those farms that are cultivating three or more crops, almost all respect the criterion which establishes that each crop must cover an area between 5% and 70% of arable land.

With regard to ecological focus areas, a third of farms with annual or permanent crops, except for grassland, were not able to say if these areas were present on their farms. However, two thirds provided an initial assessment of the proportion of land covered by ecological focus areas. The results show that 27% would be in line with the 7% requirement, while 61% would not. The areas most frequently considered as ecological focus areas were hedges (21%) and set-aside (20%). Forests and terraces had a percentage oscillating between 17 and 19%.

Farmers were also asked to quantify how much greening might cost to them. Nearly half were not able to answer, with opinions varying greatly among those who did.

For more information go to: http://www.reterurale.it/flex/cm/pages/ServeBLOB.php/L/IT/IDPagina/6819

Young people and the CAP […]

No real greening for the Emerald Isle as Ireland opts for everything but any significant environmental improvements. […]