In 2010 ARC2020 launched a “Communication from Civil Society to the European Union Institutions on the Future of Agricultural and Rural Policy” which was elaborated over six months and adopted  by a broad alliance of civil society organisations and networks. The Communication was submitted to the European Commission, to the Council and the Parliament on the same day when the Commission published its first outline for a reform of the CAP. During the following debate and negotiations of the future of agricultural and rural policies ARC2020 has strongly advocated for a paradigm change in agriculture and food systems and for an economic, social and environmental renaissance of rural areas. ARC2020 has become a European Platform for a debate on the future of farming and food.

Our #ARC2020 conference – Good Food, Good Farming and a living Countryside –  is an opportunity for renewing our civil society’s agenda for the coming five years. We offer a framework for a  ROAD MAP of goals and activities which ARC2020 and its partners could follow in the coming years, based on the principles agreed in the Communication. Drawing a common ARC2020 ROAD MAP is an ongoing process which will hopefully become an incentive and a guideline for the strengthening of our capacities as civil society to make the urgent changes in European policies for Good Food and Farming to really happen. 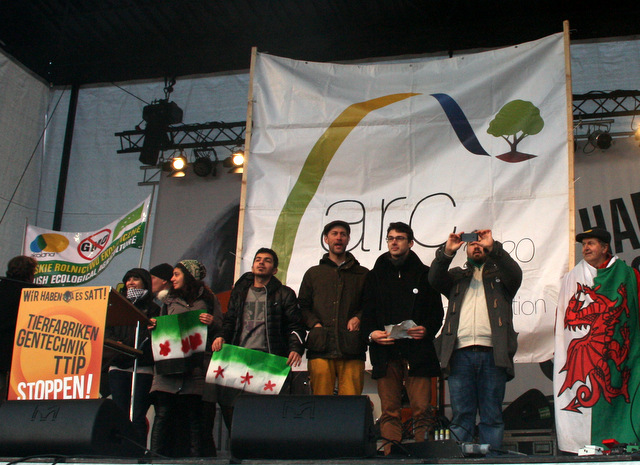 Written by Attila Szocs, Land Rights Campaigner at Eco Ruralis This week, Romania received the formal approval from the European Commission for the starting of the National Rural Development Plan (NRDP) for the 2014-2020 time frame. This enables the Romanian Ministry for Agriculture, to launch all measures of the program. Formal declarations were made at the end of an official meeting in Bucharest, between Phil Hogan, European Commissioner for Agriculture and Daniel Constantin, Romanian Minister for Agriculture and Rural Development. A delicate matter was raised during the discussions. The Romanian authorities requested the re-designation of the “Less Favored Areas” (LFAs) of the country, given the fact that some of the provisions led to the exclusion of vulnerable areas which were formerly part of support plans. Commissioner Hogan underlined that the issue is known at an EU level but that “there is a regulatory problem which cannot be solved”. A paradox situation, given the fact that the Romanian Ministry for Agriculture accomplished the re-designation in the first place.  LFAs are geographical areas where agricultural production is qualitatively and quantitatively […]