Russia has stopped all imports of pork from EU countries on January 31, following an outbreak of African swine fever virus in Lithuania. According to Mr. Alexei Alexeyenko, of Russian Veterinary Authority Rosselkhoznadzor, the imports would resume when Russia “receives guarantees that products from Lithuania’s neighbours are safe and the virus has been contained.” 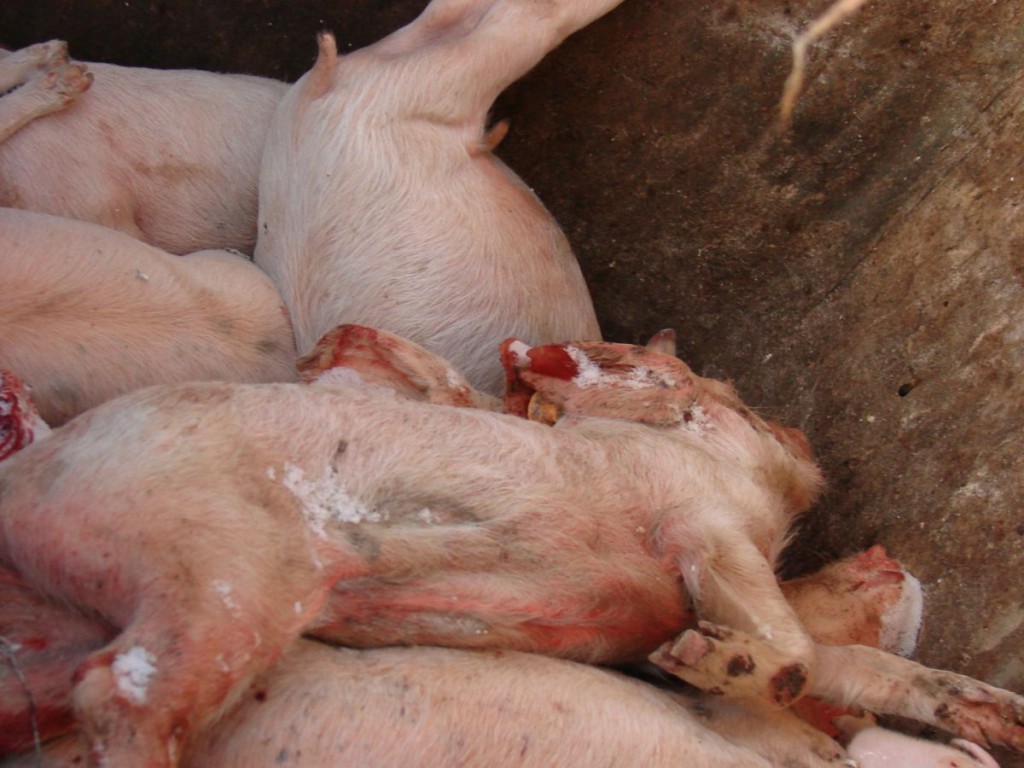 African swine fever belongs to the most serious viral pig diseases and can cause even 100 percent mortality in pigs and wild boar.

European Health Commissioner Tonio Borg responded quickly describing Russian ban as excessive: “I deeply regret that our Russian partners are effectively banning exports even from EU Member States which are clearly not affected by the incident. The Commission reiterates that in view of the reassurances provided, such a ban is disproportionate. I intend to meet the Russian authorities as soon as possible to agree on a reasonable solution to solve this problem.” he said.

Due to this deadly threat for pigs, farmers are often forced to slaughter large numbers of their livestock to prevent the spread of the virus. Since 2007 over 600 000 pigs have died or have been culled in the Russian Federation due to this disease. In that period of time alone the overall losses were estimated at around 30 billion roubles or US$ 1 billion.

Russian veterinary authorities believe that unauthorised trade and transport of animals is a major contributor to the spread of the disease – dozens of outbreaks of the fever were reported in a number of Russian regions last year. The World Organisation for Animal Health confirmed that African swine fever had also spread to neighbouring Belarus in July 2013.

In Lithuania, after a hunted wild boar tested positive to the disease on January 25th, a state of emergency has been declared in five regions “to combat uncontrolled spread of the fever”, reports nozare.lv, with Lithuanian and Latvian Agriculture Ministers meeting to discuss applying for funds from the EU to fight the virus. Spokeswoman for the Lithuanian Food and Veterinary Service Jurgita Savickaite says that a mass cull of 80 percent (out of 60,000) of wild boars in southern regions of the country is already underway, according to the Baltic Times. Latvia has already banned the import of all animal feed from Lithuania as a result of the scare, reports The Baltic Course.

Earlier in 2013 Lithuania urged the EU to protect livestock against potentially infected wild boars from abroad by funding construction of a “swine fence” along the borders of Russia and Belarus with the EU states of Lithuania, Latvia, Estonia and Poland. The European Commission rejected the idea in September 2013, saying that a fence would not provide effective protection against spread of the disease.

Russia depends greatly on the import of pork meat – domestic production meets only 63.8 percent of the domestic pork demand (as of 2010). In turn, the European Union is the primary supplier of pork to Russia, and Russian Federation is the top EU consumer market. According to the statistics of the Custom Committee of Russia (GTIS), this country imported 432,000 tonnes of pigmeat in 2013. Import from the EU amounted to 261,000 tonnes including Denmark (62,700 tonnes), Germany (59,200 tonnes) and the Netherlands (55,000 tonnes).

A Europe of Solidarity, Democracy and Sustainability

Make democracy, solidarity and sustainability work for us […]