Recently on Swedish national radio, Lisbet Rausing, member of Swedish multi-billionaire family Rausing, could be heard talking heartily about memories of traditional agriculture during her childhood in southern Sweden. This seemed somewhat strange given that large-scale land acquisitions in Romania by her company Ingelby Farms and Forests may now contribute to the elimination of traditional peasant agriculture elsewhere in Europe. 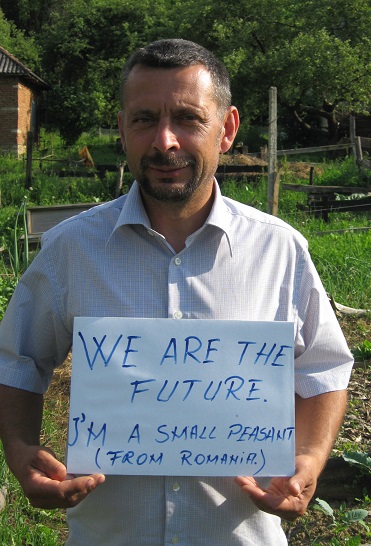 Denmark-registered Ingleby Farms and Forest are acquiring land in several countries, including Argentina, Australia, New Zealand, Peru and Uruguay. Since 2007, the company has acquired 11,200 hectares of land in western Romania, distributed across three farms, as well as 7,200 hectares of forest close to Bucharest. Some of this land is leased from the government. On the farms, Ingleby’s subsidiary companies grow grains, like corn, soy and wheat.

According to Ingleby, the aim is to produce commercially in a sustainable manner, with high-quality and healthy produce. However, they are classified by the Land Matrix, a global and independent land monitoring initiative, as a land grabber.

Large-scale land acquisitions by multi-national companies is a growing trend in Romania. It is estimated that as much as 7 per cent of the country’s land is under foreign ownership. Foreign investors are attracted by the highly fertile lands and the cheap land prices.

Although foreign companies cannot own land in Romania, there are several loop holes which can be used, for example by registering or partnering with a Romanian company. In 2014 this law expires, making it possible for companies within the EU to buy or lease land directly.

Little is known about the activities carried out by Ingleby Farms and Forest in Romania, and although their focus on sustainability might put them in greener light than other actors, many concerns remain.

Firstly, although emphasising reducing waste and inputs in their ‘Green Bible’ they also have an extensive chapter on pesticide use in their guidelines. They also include the use of biotechnology stating that “We will use genetically modified organisms (GMO), where this is beneficial.”

Secondly, it is not specified which markets the company produces for, but by looking at the patterns of other foreign farming companies, it is likely that they are sold to large retailers, mainly for export markets.

Thirdly, it is doubtful whether Ingleby’s claim to be a ‘worldwide group of family farms’ is really the case with many farms managed with hired labour from abroad (see recent recruitment). In contrast, the trend of land grabbing, coupled with weak governmental support for rural development, is limiting the opportunities for the traditional family farms of Romania.

Grassroots movements, researchers and politicians around the world are recognising the importance of agroecology in order to truly ensure long-term sustainability, whilst caring for the environment and the people connected to it. Agro-ecological systems are highly resilient, and have been shown to restore the fertility of soils and provide ample yields of a diversity of crops, without the use of chemical inputs. Many peasant practices are agroecological by default. Although some improvements are necessary in order to go beyond subsistence production, Romania has a unique potential to transition into a system which can feed the country and ensure vibrant and resilient rural communities.

However, until land grabbing in Romania, and in Europe in general, becomes a well-known phenomena, foreign investors will be able to continue to pursue their land deals without much scrutiny.

The Faces of Land Grabbing: from Laos to Romania