Children in hard-pressed urban UK families are going hungry in the school holidays without the free school meals they would normally receive in termtime. Demand for emergency food parcels at food banks has surged since punitive benefit changes have pushed families into crisis. 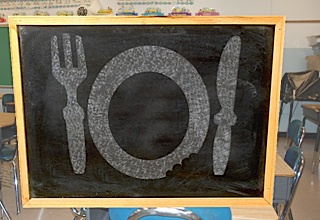 The UK’s largest food bank network, The Trussell Trust, has issued over 152,000 households with three-day food parcels between April 1 when the changes took effect and the end of June. Since the start of the summer holidays, the trust’s Newcastle West End food bank has seen a 15% rise in emergency requests, while Blackburn has seen applications soar by 58% between July and early August, compared to a comparable period in 2012.

Applications at Tower Hamlets, where the uptake of free school meals is the highest in the UK, have risen by 82%, the Trussell Trust told ARC, confirming that its data was the source of an infographic that appeared in The Independent newspaper earlier this month. In April this year, the trust reported a staggering 170% year on year rise in the number of emergency food parcel requests, over and above its routine users: current demand levels have since vindicated the trust’s concerns.

The UK’s Growing Livelihoods scheme to foster smaller-scale food growing has added a further five projects to the pilot phase it launched last year. The new arrivals in the Growing Livelihoods family are Bristol’s Beacon Farms, the Cwm Harry Cultivate group in south Wales, Cloughmills Community Action Team in Northern Ireland, the Cornish Tamar Grow Local group and Falkland Small Growers in Fife. The Tamar Grow Local group will convert an agricultural building into a shared packhouse, meeting space and office. This will extend the existing support for new market gardeners, who will be able to work together and establish new routes to market. With the Falkland Estate earning organic certification in May this year, two new businesses have been set up to establish a network of local growers. Falkland Kitchen Farm and Meadowsweet Organics are part of a plan to share equipment and services such as marketing organic crops. Cloughmills Community Action Team is building a geodesic dome, like the Eden Project, in which hydroponic salad crops will be grown, alongside mushrooms raised on […]

For many growers it’s a plant with huge potential. For many policymakers it’s a dangerous drug. Despite a lack of tools, knowledge, infrastructure and support, woefully few routes to market, and suffocating restrictions on production and use of the crop, meet the British hemp growers who are ploughing ahead. Now a campaign of civil disobedience hopes to provoke policymakers to rethink regulations. Story by Ursula Billington. Second in a two-part series. […]