On March 7, the Swiss Conseil des Etats will attempt to revive the country’s dialogue with the EU on bilateral duty-free trade in agricultural goods. Last year the Conseil National (Switzerland’s lower house of parliament) ran out of steam trying to negotiate this political hot potato with Swiss parliamentarians. It has been hotly disputed for years in a country where consensus was once the norm.

“We are not optimistic about the Conseil des Etats decision,” David Rüetschi, secretary of the Association Suisse pour un Secteur Agroalimentaire Fort (ASSAF-Suisse), told ARC from his office in Lausanne. Rüetschi is concerned that the plenum session will rubber stamp the commission’s report from February 15, which will rekindle old emnities.

At present Swiss food spending is less than 10% of disposable household incomes. There would be no significant benefit to consumers from cheaply-priced food imports, but there is a significant risk of damage to the bedrock of the Swiss rural economy, centrists argue.

“It is an illusion to think that household budgets would improve by opening frontiers to food imports. This measure would benefit, yet again, the retail trade, which has seen its margins increase over the past 25 years, during which time food producers have seen their farmgate prices drop by 25%,” warns ASSAF-Suisse.

“At the moment … there is no international pressure forcing Switzerland to conclude a bilateral duty-free trade agreement with the EU.” ASSAF-Suisse adds that the country has about 30 existing bilateral agreements with third countries and covers half its food supplies from imports.

“The frontiers are more or less open and Switzerland is not an inaccessible island, as the promoters of free trade would have us believe.” Existing bilateral agreements cover the cheese trade and in December 2011, the Swiss recognised existing EU appellations. “Recent discussions between European partners and ASSAF have confirmed that the European partners are not asking for an agricultural and food agreement. They are concerned to make existing arrangements work better.”

The Council of States lacks the political diversity of the Conseil National, which needs consensus to function. Today, the Greens remain opposed to the free-trade lobby, while the Socialists and allied radical groups ironically buy into the capitalist dream. 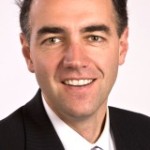 The Christian Democrats constitutes a pivotal group “…in the centre of the Swiss political chess board,” as president Christophe Darbellay has said more than once. The party started out in opposition to the free trade lobby, although rank and file members have drifted.

“The composition of the Conseil des Etats gives us problems,” explains Rüetschi. “The Christian Democrat group is about 13 members, the radical group 11 members and the socialist group 10 members. The radicals and the socialists are mostly in favour of the free trade lobby, while the Christian Democrats have changed their minds: you can sometimes see that their president Christophe Darbellay has trouble making himself heard among his membership,” explains Rüetschi.

Swiss politicians, notably former economy and agriculture minister Doris Leuthard started pushing the idea in earnest that EU agricultural products should be imported without tariffs during 2008. At the time, the proposal sparked a chorus of protest from those concerned for the confederation’s food sovereignty, a campaign that has been sustained ever since.

In 2011 the Conseil National finally gave up on the controversial agricultural element of the EU negotiations, which were proving too divisive for consensus politics. What remains are agreements on energy and electricity: the Conseil des Etats commission believes that the EU would get the wrong message on these two agreements if Switerland were to stop negotiating on the third.

For the sake of diplomatic tidiness, then, the Conseil des Etats is expected to overturn three motions that would lay this row to rest. One, put forward by the centrist UDC, simply calls a halt to any bilateral agricultural agreement with the EU, while another from the Christian Democrats demands that any bilateral EU agreement on agriculture should only proceed when the Doha round of WTO talks reaches a conclusion.

Last year’s elections saw gains for the Greens and a number of small political groups, which has complicated the business of forming working majorities, according to Rüetschi.

“The rural population is well represented, especially on the National Council,” he adds. “We are also seeing that more and more people who were not raised in the country are taking a greater interest in the political issues linked to food, [such as] food sovereignty and natural resources. There is a movement to adopt the principle of food sovereignty in Swiss agriculture law and we are confident that it will succeed.”

The Association Suisse pour un Secteur Agroalimentaire Fort (ASSAF-Suisse) was set up in spring 2009 expressly to defend Swiss food sovereignty against cross-border imports. This is not about a closed-borders philosophy, but keeping farming as a motor for the rural economy. Unlimited access for EU agricultural goods would wrong foot current Swiss food production models.

Why did fair food and food sovereignty votes fail in Switzerland – and what are the lessons to learn? […]