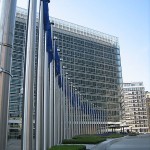 ue to adopt the legislative proposals for the Common Agriculture Policy (CAP) after 2013. A link to the proposals will be made available here on the ARC website.  A press release will also be published.

According to a recent press release from the Commission, the legislative proposals aim to:

– Address the food supply challenges of the 21st century

– Enhance the sustainable management of natural resources across the EU

– Strengthen territorial and social cohesion in the EU rural areas

The Common Agricultural Policy is due to be reformed by the end of 2013.

In April 2010 Commissioner Cioloş launched an extensive public debate across the EU to seek views of both stakeholders and society at large on the future of the Common Agricultural Policy, its objectives, principles and contribution to the ‘Europe 2020’ strategy. It stimulated nearly 6000 contributions.

In July 2010, a Conference was organized with a view to bring together the varied opinions presented during the public debate and to provide the opportunity for further discussion around the 4 questions.

In November 2010, based on the public debate, the Commission presented a Communication on the CAP towards 2020 which outlined options for the future CAP. This was then debated by the Council, European Parliament, and other institutions.

In June 2011 the Commission presented its vision about the future EU budget for 2013-2020 of which CAP is one of the crucial policies.

The legal proposals will now be presented by the Commission and send to the Council and European Parliament under the co-decision procedure.

Press conference by Commissioner Dacian Cioloş in the Berlaymont press room at 12:30, followed by a Technical briefing (Spokesman and DG AGRI experts).

Commission proposes replacing ISDS with more of the same

UPDATED 17/09/2015 at 12.42 CET (with US Chamber of Commerce information in final paragraph) Critics have rounded on yet another fudge by the EU Commission  on the highly controversial ISDS  – Investor State Dispute Settlement – element of TTIP – the Transatlantic Trade and Investment Partnership. Today at midday, the Commission announced “a new Investment Court System which would replace the ISDS mechanism in all on-going and future EU investment negotiations.” It “has approved its proposal for a new and transparent system for resolving disputes between investors and states – the Investment Court System. This new system would replace the existing investor-to-state dispute settlement (ISDS) mechanism in all ongoing and future EU investment negotiations, including the EU-US talks on a Transatlantic Trade and Investment Partnership (TTIP).” The Commission’s First Vice-President Frans Timmermans said  “With our proposals for a new Investment Court System, we are breaking new ground. The new Investment Court System will be composed of fully qualified judges, proceedings will be transparent, and cases will be decided on the basis of clear rules. With this new […]

This article examines some weaknesses of the Association Agreement between the European Union and Central America in the context of the EU Common Agricultural Policy reform post 2020. The specific focus is on the ‘Special Treatment on Bananas’ conceded to Honduras and its interlinkages with the Common Market Organisation (CMO). […]