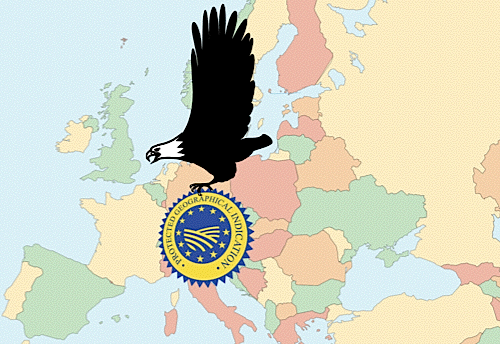 It is sometimes easier to find out what is being discussed in the Transatlantic Trade and Investment Partnership (TTIP) talks by following the US government coverage than waiting for European negotiators to testify in front of MEPs. The US House of Representatives Committee on Ways and Means grilled trade ambassador Michael Froman on April 3. The hearing is available online, but the 441MB file runs for nearly three hours, so here are some highlights.

Representative Mike Thompson complained about protected geographic indicators that (0:55): “…the EU is making it very difficult… …some of the things they have done have created harmful trade barriers…” Responding, ambassador Froman sympathised with Thompson (2:05): “…we think our system of trade marks and common names works well, and we resistant to efforts to create further geographic indications.” Summing up, Froman added (2:40): “…it’s important that we establish a regime that works for us as well.”

Texan Representative Lloyd Doggett asked if the dispute procedure (ISDS) for current US bilateral trade deals had any appeal options (0:54), for which Froman confirmed there was “no separate appeals procedure” (1:05). Doggett expressed his surprise that trade negotiators should assume: (1:20) “…that in a country such as the United Kingdom or France or Germany or Denmark, that the court systems are not sufficiently mature to provide adequate protection to US investors…” and cut in when ambassador Froman’s stalled (2:00) by reminding those present that US trade disputes circumvented national courts. The international trading standards might, in Froman’s view, “…be higher…” but they would still not recognise sovereign judicial systems.

This disregard for local legislation extends to labour and environmental laws (2:50), which Froman confirmed would be “…binding and enforceable…” under future US trade deals. The aim is to level off legislative expectations to the least onerous requirements for corporate interests. Froman does not envisage either TTIP or TPP ever being submitted to either parliamentary house in the US (3:20) without these built-in conditions.

Speaking of the differences between the US and the EU, Froman added (4:00): “They don’t consult the parliament like we do, but they have other mechanisms…” Doggett insisted that Europe wanted more transparency and confronted Froman on this issue, before being ruled out of time by the chair.

Representative John Lewis asked “…if it was fair to keep the text of this important text hidden from the American people…” but Froman answered (0:40) a very different question about consultation “…with cleared advisors…” from businesses and unions.

For nearly one century, goods carried between US ports have been governed by the Jones Act, which forbids the use of foreign ships, crews and even requires the use of US-made steel to build compliant vessels. This piece of legislation outlaws cabotage by foreign ships to this day and has only ever been suspended in wartime.

Ambassador Froman fielded a request from Representative Linda Sanchez for reassurance that neither the Jones Act nor any other piece of US legislation would ever be undermined or set aside as result of TTIP or any other trade deal (1:00).

Methane emissions from rice play a significant but much overlooked part in global climate change, research shows. The German Development ministry supports research programs in Asia to counter the threat and help farmers. […]