In response to changes in the Delegated Acts, highlighted earlier this week in this article, ARC2020 has released the following press release : ‘CAP-itulation’ – EU Commission gives up further Ecological Focus Area criteria (pdf) 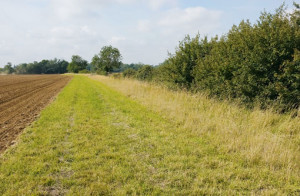 BEGINS //  Bowing to pressure from conservative, eurosceptic and extreme right MEPs over the past weeks, the European Commission has given up  one of the few remaining green aspects of the reformed CAP -the Ecological Focus Areas (EFAs). In an unnecessary ‘special declaration’ issued by the Commission this Wednesday (April 2), it was announced that: “As far as the production of nitrogen-fixing crops on EFA is concerned, the Commission has decided to adjust the coefficient in the Annex (…) such that 1 hectare of a nitrogen-fixing crop such as alfalfa, clover or lupins  can be equivalent to 0.7 ha of EFA (rather than 0.3 ha in the original text) (emphasis added),” without any binding restrictions on pesticides use on those crops.

This change radically reverses the purpose of EFAs by eliminating the disincentive of the former weighting factor. Previously, if the objective was to find land to fulfill the 5% greening requirement and farmers wanted to use Nitrogen-fixing crops to do that, they would have had to declare 3.33ha to achieve 1ha of the EFA – this would have acted as a disincentive. Now only 1.43ha of Nitrogen-fixing crops would be enough to fulfill 1ha of the EFA requirement, even if that production uses pesticides which would prevent pollination.  If the EFAs are supposed to somehow stimulate vegetable protein production, it is misguided: a higher weighting means the volume of protein grown on EFA will be less.

As such, EFAs no longer safeguard and improve biodiversity on farms, but rather ensure the production potential of the EU is not reduced. The new ‘Green’ payments agreed under the CAP reform will go into the pockets of the same beneficiaries without changing any farming practices at all.

On March 11th the Commission had approved Delegated Acts detailing specific reformed CAP rules including EFAs.  The coalition ofMEPs opposed to greening have forced the Commission to backpedal and water down both the objectives and criteria relating to EFAs. This sets a precedent for all DAs that are politically tough in the future, and is another example of yet more deals being made behind closed doors and with a selected clique of  MEPs blocking any change towards more sustainable farming and food systems.

The core issue in this greening debate is the failure of the business-as-usual brigade to understand that biodiversity and nature are essential to maintaining long term food productivity in Europe: EFAs are not simply nature reserves or land being set-aside from production, but rather more diverse and rich landscape features across Europe. In order to maintain and increase productivity, we need more farming systems that increase ecosystem functions like pollination, soil formation, carbon sequestration, nutrient and water cycling, regulation of pests by insect predators.

ARC2020 calls upon its members and supporters across the EU Member States to ask their agricultural minister to enforce the CAP measures -both Pillar 1 and 2- that will help maintain and improve biodiversity on farms. // ENDS

The EU-CO summit was a no-go: so what’s next for CAP?

EU Leaders disagree on CAP, on how it should be funded, and on how that funding should be divided up between different priorities. Meanwhile, there are delays, the parallel farm to fork strategy, talk of transitional arrangements, and now, the global pandemic that is COVID-19 to deal with. Natasha Foote unpacks some of the details.  […]