The UK government’s Environment, Food and Rural Affairs committee (EFRA) is using the summer break to collect evidence for its inquiry into the implementation of the CAP. Stakeholders have until Wednesday 9 October to supply written submissions on what forms newly-granted national flexibility might take (1). 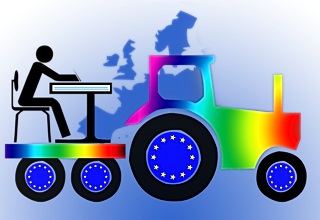 EFRA is asking for comments on the “fairness” of the way the UK implements the CAP, which is so subjective as to be meaningless. However, the committee is also asking for suggestions as to how the government might apply the CAP in a level-handed way for tenant farmers and upland farmers.

How could any discussion of the CAP pass through Westminster without the word “bureaucracy” crawling out of the woodwork? Given the gung-ho red-tape cutting rhetoric to be found in the Cabinet Office in past years, this is a red rag to a bull. It is worth recalling that the Minister of State for the Cabinet Office, Oliver Letwin, once made the headlines for disposing of working documents, unshredded, directly into a Westminster park litter bin. Effective cutting of red tape, maybe, but hardly best practice.

Once again, the second question under this heading is more pertinent, canvassing for definitions of an “active farmer,” which has a direct impact on the rural economy.

EFRA is also asking for suggestions as to how the CAP can deliver environmental benefits, “…while supporting food production.” There is a 3,000-word ceiling on the documents submitted, so stakeholders will need to show restraint in answering a question that merits its own inquiry.

It is certainly a topic on which NGOs need to make their voices heard.

Poor grades for DEFRA in end of term report card