The National Farmers’ Union (NFU) in the UK is fighting a rearguard action to defend neonicotinoids that flies in the face of peer-reviewed scientific findings. This became clear when NFU combinable crops board chairman Andrew Watts was elected to chair the European Seeds Advisory Committee earlier this year. 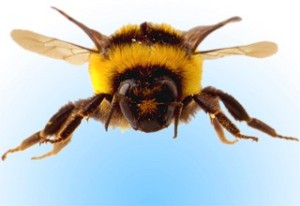 Accepting the post in early March, Watts warned that he would use the position to: “…ensure that high profile topics such as a potential ban on neonicotinoids were not subject to precautionary legislative decisions and instead continued to be based on science.”

Just before Easter, the NFU website trumpeted the release of a study with the assertion: “…under normal circumstances neonicotinoids are not having harmful effects on bees.”  The work in question was carried out by DEFRA’s research arm FERA. It makes assumptions that require peer review as an urgent priority.

The opening statement states a theory before considering any data. (1) The introduction went on to explain (on page 6) that the study had been put together rapidly in response to a peer-reviewed publication that raised concerns over pollinators. In its own words, the FERA study “…should therefore not be considered as a definitive field study but an assessment of whether major effects are observed in bumble bee colonies under real-life field conditions.” (ibid.)

For the purposes of this “real-life study” the FERA team chose to attribute a foraging range of two kilometres (ibid.), equivalent to about 12 and a half square kilometres on the ground. The control site A was a 6.5 hectare field of untreated oilseed rape, which was compromised by the possibility of other treated crops in the vicinity (pp7-8). “Due to the ubiquity of oilseed rape, other fields in the locality, i.e. beyond 1 km, may have been grown from seed treated with clothianidin or thiamethoxam.”

Just to be contrary, bumble bees are capable of navigating and flying eight kilometres, sometimes further, to return to their nests, as the Newcastle researchers O’Neill and Port discovered in 2006. In its study, the FERA team found neonicotinoid residues in the control group and opted to interpret the data. “As neonicotinoid residues were detected in colonies at all three sites an alternative approach was used to assess the effects of exposure to residues of thiamethoxam and clothianidin.” (Page 11)

The validity of extrapolating statistics to simulate “actual values” below the limit of detection (LOD) needs to be subjected to peer review, but so far this study has been published directly on the internet and has yet to be published in a scientific journal. Any study based on an ersatz control group is of limited value.

1. “The current study tested the hypothesis that exposure of bumble bee colonies placed in the vicinity of crops treated with neonicotinoids had no major effect on the health of the colonies.” Executive summary p2

Public places in France – schools, parks, forests, roadsides – are no longer treated with herbicides, while more restrictions are coming in in 2019. Senator Joel Labbé has been the driving force behind these restrictions. ARC2020 has worked with Labbé to help bring his work to the European stage. […]

What happens when socially and ecologically engaged artists really focus on soil? And in so doing, bring different people – from across a wide spectrum – together to get to know that earth beneath their feet a little better? In one city in the UK – Bristol – they have done just that. Mario Catizzone tells us about it. […]

UK’s Environment Ministry is Cutting Itself into Oblivion

In the bizarre world of ideologically-driven Tory self-harm, DEFRA is cutting itself into oblivion. How and why is this happening? Peter Crosskey investigates. […]