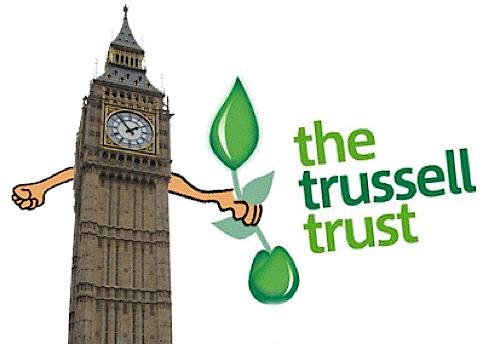 The UK’s largest food bank charity, the Trussell Trust, has faced barbed criticism from parliamentarians for its campaigning work to help families that are struggling to feed themselves. A Department for Work and Pensions (DWP) ministerial aide strenuously denied allegations that the government might “shut down” the charity, according to a report in The Independent newspaper.

The story came to light after Trussell Trust chair Chris Mould gave evidence  on June 10 to voluntary sector watchdog, the Panel on the Independence of the Voluntary Sector. Mould explained that: “I told the panel that I had made the choice to disclose with care our experiences, rather than come to the panel and keep what really mattered off the table for fear of the consequences.”

He denies that speaking out on difficult issues should be linked in any way to party politics. The Trussell Trust operates more than 400 food banks across the UK and last year supplied 913,138 three-day food parcels to its clients. More than a third of those it helps are children.

A DWP statement to The Independent asserted that “…benefits are being paid more quickly and the OECD says there are fewer people struggling with their food bills.” However, this is not the more detailed picture painted by this month’s Below the Breadline report published jointly by Oxfam, Church Action on Poverty and The Trussell Trust. It finds that while the UK economy is the seventh largest in the world, more than 20 million emergency meals were supplied last year.

n a bid to bring some facts to a heated discussion that has yet to cover food production, Food Research Collaboration academics Dr Victoria Schoen and Professor Tim Lang have released a briefing paper to inform discussions of the food issues that membership of the EU raises for UK citizens. […]