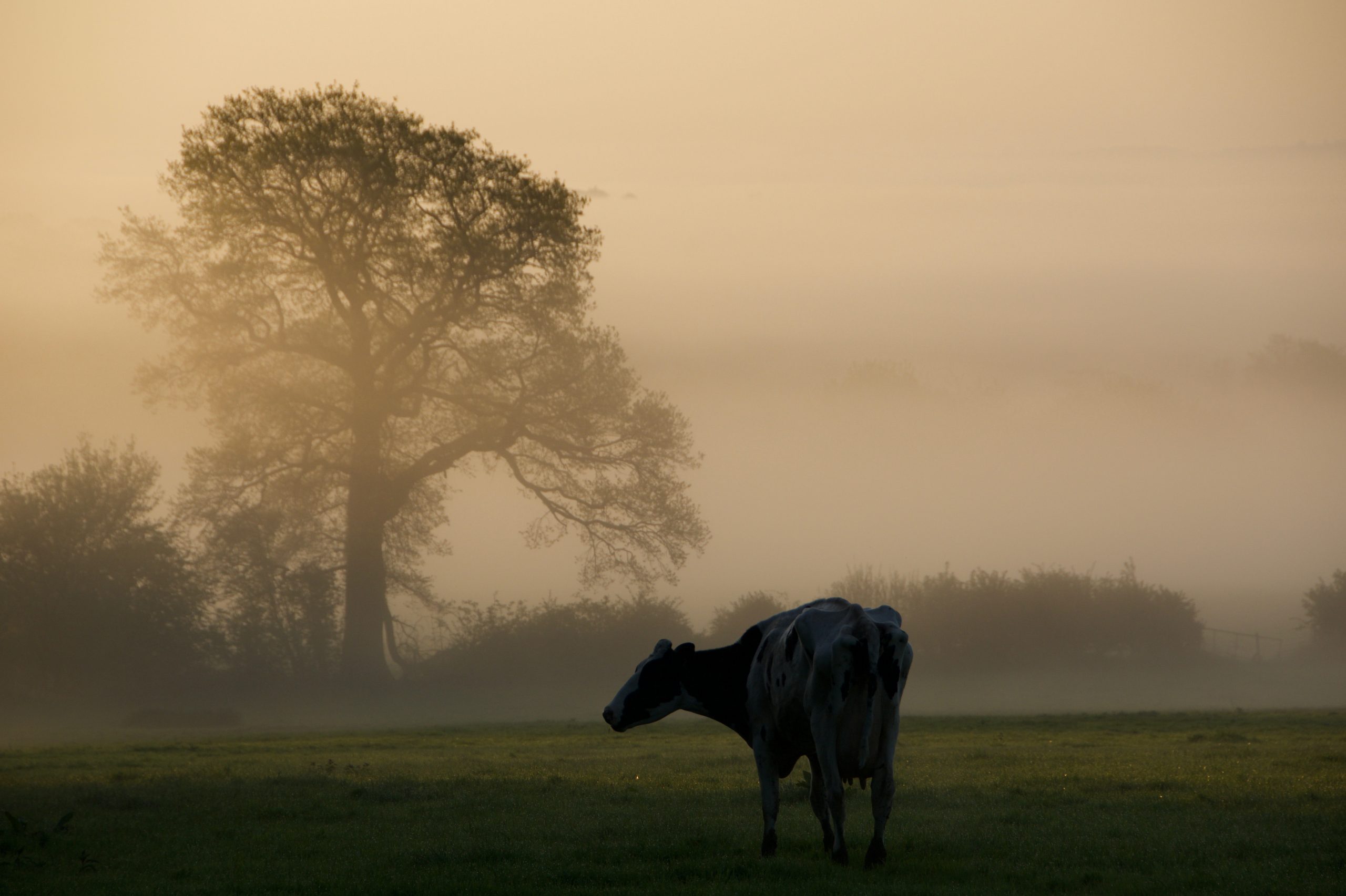 What is the latest on the ‘revolutionary’ new farm schemes in the UK nations and how are farmers and other stakeholders reacting? James Woodward and Vicki Hird of Sustain take a look.

By James Woodward and Vicki Hird

In England the Environmental Land management schemes (ELMS) are presented as paying ‘public money for public goods’ rather than just for farming. They are being designed at three levels: Sustainable Farming Incentive (SFI), Local Nature Recovery (LNR), and Landscape Recovery (LR). They will pay farmers to take either more sustainable farming actions, provide greater public engagement, or make more wholesale land use change for climate and nature. In 2022 the SFI and the LR scheme are going live but pilots on new additional schemes are happening over the next three years before full roll out in 2024/25.

The Welsh Sustainable Farming Scheme, Scottish new agriculture support schemes, and Northern Irish schemes are being developed but with a different pace and a greater level of continued income support compared to England.

The ELMS scheme developments are coming in for some heavy criticism. In the past 6 months, three official reports by the government and parliament, the National Audit Office, EFRA Select Committee and Public Accounts Committee, have given their verdicts on progress. In general, they have given a fairly stark warning to Defra that development has been too slow and many key elements are still missing.

All three reports have come at a time when Defra need to show they are on track and ready to deliver. In the spring, they launch the first iteration of the England Sustainable Farming Incentive (SFI) scheme. It will be a narrow and basic version of the scheme, but an opportunity to see if all farmers will engage with it. This comes after the start of the first ELM National Pilot in the autumn of 2021, focusing on the SFI scheme. While Defra managed to get over 900 farmers participating in the pilot, it was arguably below what was hoped for, and we are yet to see how the pilot is going so far.

Defra will also launch the ELM National Pilot on the LNR scheme, as well as initiate the first round of LR projects. So, with everything that is going on across the ELM schemes, 2022 is a vital year for Defra, farming policy and farmers themselves. Towards the later stages of 2022, we should have a much better picture of what the schemes look like, how they work, how they interact with each other (and other policies), and whether farmers feel it is worth their while.

What do these reports say?

Overall, all three reports do not provide happy reading, but there is cause for some optimism.

They suggest that progress is too slow, Defra is being too inflexible in their approach, has struggled to communicate effectively to the farming sector, and do not understand the impacts to farms and the environment, nor how success will be monitored and value for money gained. The Public Accounts Committee (PAC) describe the current situation as “blind optimism” in the deliverability and effectiveness of the schemes. In other words, they suggest Defra do not have a plan and do not know how things will go.

But are there reasons to be optimistic?

The answer is yes, at least if you are willing to see beyond the pitfalls to a time where these issues have been ironed out. In December, Defra released further details on the progress of ELM and what to expect between now and 2024/25. In that, we saw an ‘indicative’ commitment to provide support in the SFI scheme for organic farming, integrated pest management, nutrient management, agroforestry, orchards and farmland biodiversity. All useful to know but they need to be definite schemes. Access and engagement with farming as well as protection of agro-diversity, in livestock and crops, are rather absent so far in the plans.

But there is a team in Defra who are genuinely trying to get things right and are working hard to take on the complexities of creating such wide scale policy change.

What are farmers saying?

It’s paradoxically a lot to take in… yet too little detail. Most of the farmers we have spoken to express concern and confusion about the schemes – the complexity caused by having many schemes running at the same time, old and new – coupled with insufficient and ineffective communication, and no real vision of how this all fits together. The free Future Farm Resilience programmes are great but not reaching enough farmers.

Others have suggested that SFI 2022 payment rates are too low and could be a barrier to entry. This seems to be the case for the Moorland and Rough Grazing Standard, but famers interested in the two soil standards have had similar concerns. Rates have been reviewed and some increased so that may help (and inflation on inputs is complicating matters as fertiliser prices rise- which may help or hinder take up).

But many farmers have shown disappointment in the lack of ambition, and that they are already doing what is required in the SFI 2022 standards plus much more. They should be rewarded but for this year, Defra have decided to not offer the higher-level of the standards.

The decision not to offer advice also remains hugely frustrating. While some farmers will be able to enter the scheme and deliver without that level of support, many need advice and support to help them enter and get the most out of it. We need a huge agroecological shift in all farming and that needs good, accessible advice from trusted people.

Farmers and land managers are also frustrated that Defra haven’t provided detail on the Local Nature Recovery (LNR) scheme. This is meant to replace the EU funded Countryside Stewardship scheme and is therefore important to many farmers and land managers. For instance, farmers want to know what it will pay for, how it will enable collaboration, and how the SFI and LNR schemes will work together, while not blocking opportunities for farmers and land managers to access other forms of financial income linked to delivering for the environment.
Another building concern is around how the Landscape Recovery (LR) scheme will function. Tenant farmers are concerned that landlords will push them off the land to access this support; this is not the right approach and could undermine the environment, landscape, social or economic value provided by the farm diversity we have. There is general concern that it could also consolidate more land under the ownership of fewer people.

What would Sustain and its members like to see coming through ELM?

However, the new ELM schemes are not the only thing on farmers’ minds. The direction of the new UK trade negotiations is a serious cause for concern, as farmers worry that their businesses and the environmental schemes will be undermined. The deals that have been agreed with Australia and New Zealand paint a very uncertain and worrying future for British farmers and citizens alike. The Royal Agricultural Benevolent Institution found that 40% of farmers were stressed about the future of trade deals in The Big Farming Survey.

Furthermore, we are yet to see anything from this Government that will work towards tackling the unfairness and opaqueness of the UK’s agri-food supply chain. Farmers have had to bear the brunt of supermarkets for too long and it is time we enabled a future where more resilient, fairer and shorter supply chains can regain much of the market share.

Finally, there is no sign of the UK Government placing food and farming adequately on the climate agenda. Farming is rare in the sense that it can very much be a carbon negative sector. Most farmers in all four nations want to play a role in tackling the climate and nature emergency, and there’s plenty of opportunities to produce healthy food in a way that can do that. A new set of reports from WWF outline how this can happen.

Down to the Ground – Green Medicine for the People!

About James Woodward 1 Article
James joined the UK-based alliance Sustain in September 2020 and works on farming policy and campaigns. Previously, he has worked in farm advice for Natural England, supporting farmers into sustainable whole farm systems. He has also worked in farming policy for the Department for Environment, Food and Rural Affairs and the National Farmers' Union. Alongside this, he also likes to spend time on his step-family's Cumbrian farm.

Oliver Moore spoke with Irish organic cattle farmer Sean Butler about rewilding and organic farming. The west-of-Ireland man is already starting to encourage nature to come back – but could CAP help? […]

Magdalene Trapp and Sebastian Lakner simulated the potential effects of a CAP reform more oriented towards environment and biodiversity, in Bulgaria. They tested six scenarios on eight farm types, and analysed the income impact for farmers. So what did they find? […]