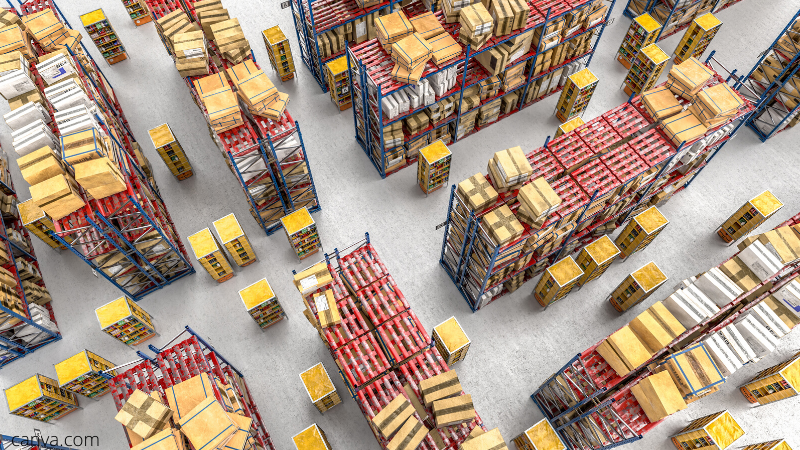 In October 2021 Sustain, the UK-based alliance working for food and farming system change, published ‘Beyond the farmgate – Unlocking the path to farmer-focused supply chains and climate-friendly, agroecological food systems’. The report explores the results of a survey of 500 farmers in England and Wales, with recommendations on how better systems can be created to benefit farmers, the environment and the public. Vicki Hird unpacks some of the details.

Farmers in England and Wales want to move away from centralised supply chains where they say they have little influence over prices, not enough connection to consumers, and are not rewarded for delivering positive climate and nature outcomes. This is according to the findings of Sustain in its report ‘Beyond the Farmgate‘ which lays out the results of a new survey of 500 English and Welsh farmers.  Only 5% of farmers surveyed want to sell to supermarkets. In contrast, 80% would like to sell to food hubs, box schemes, independent retailers and other more local markets.

More localised supply chains would do a much better job when it comes to fair and better prices (75%), supporting climate and nature objectives (30%), and greater business resilience (42%), farmers felt.

But finding new markets has its barriers, which were also drawn out of the survey. The biggest challenges for farmers were access to affordable finance (48%), limited time and know-how when it comes to marketing and market research (44%), and the lack of locally available infrastructure like grain mills and abattoirs (28%).

Given the multiple challenges ahead, from trade deals, to climate and a continuously harsh retail environment, it was unsurprising that most farmers surveyed either want to be part of a cooperative (55%) or would be willing to consider joining one (25%).  In the report, Sustain provides several case studies that highlight farm and food businesses that have successfully innovated and developed new, better and fairer supply chains.

By removing the barriers and providing targeted support such as capital grants for adding value and for supply chain infrastructure, the UK Government and other stakeholders could kick-start a transformation in the make up of agri-food supply chains in the UK. This could bring about all sorts of positive outcomes for climate, nature, health, food security and a stronger food culture.

As one of the farmers in the survey put it: “We would like to see all our produce being sold to local consumers who would be able to better appreciate its provenance and character as a result of seeing the system in operation on some of their favourite countryside walks and wildlife sites.”

We need investment, planning and wider advice and support to get a whole new shorter, better and more responsive supply chain and the related infrastructure. This should ensure farmers and growers can survive, thrive and make the changes to agroecological food production we desperately need.

And we need to act fast. Several recent issues have exposed the fragilities of the just-in-time model, whilst the link between the centralised and opaque model and the climate change and nature emergency are also becoming clear.

What should happen now?

Sustain proposes that the government works with local authorities and others to create a growth action plan and provide a funding mechanism to deliver on targets and actions, working collaboratively with local stakeholders, providing business advice and a planning policy framework to create a workable environment to deliver.

We also need supply chain regulation covering the same scope as the Unfair trading practices in the agricultural and food supply chain and it needs strong enforcements. The dominance of the top 12 largest supermarkets (over 95% control of the retail market) has squeezed producers for too long. The whole supply chain must adhere to statutory codes of practice on how suppliers are treated, while at the same time, we need a change in the make-up of the market itself.

The survey was conducted by an independent agricultural market researcher, Agrismart, who interviewed 500 farmers from across England and Wales. The pool of farmers was approximately representative of the English and Welsh farming sectors, with limitations highlighted in the annex. Population sampling was based on farm type, size and location. The survey was conducted over a 12-week period from March to June 2020.

About Vicki Hird 3 Articles
Vicki Hird is an award winning author, expert, strategist and senior manager who has been working on environment, food and farming issues for over 25 years. As part- time Sustainable Farm Campaign Coordinator at Sustain, Vicki manages the farm policy and related campaigning and provides comment and guidance on these issues. She has an academic background in pest management and is a Fellow of the Royal Entomological Society and the RSA. Vicki is on the board of Pesticides Action Network, and the Keo Foundation, was chair of the Eating Better Alliance and has sat on numerous government advisory groups over the years. She also runs an independent consultancy undertaking campaigning and research.

The real goal of the United States and European Union’s so-called “mini-deal” on trade is unambiguous and goes to the heart of Europe’s way of life and approach to the rule of law. U.S. trade negotiators, Agriculture Secretary Sonny Perdue and American farm interests have all been crystal clear: the precautionary principle must go, and now is the time to finally axe it. […]