Negotiations on CAP reform have now commenced between all 27 member states of the European Union to discuss the detail of the regulatory proposals, and the European Parliament has started consideration of the proposals. 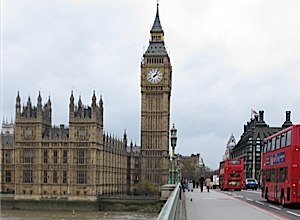 The Department for Environment, Food and Rural Affairs (Defra) in the UK has just released a discussion paper – Defra discussion paper on the impact in England of EU Commission regulatory proposals for Common Agricultural Policy reform, post 2013 and is now seeking views from (English) farmers, environmental groups, rural communities, non-governmental organisations and other interested parties on how these proposals may impact those directly affected by the CAP.

Responses to this discussion paper should be sent, by 5 March 2012 to:

Or alternatively by email to cap.reform@defra.gsi.gov.uk

In this second installment of a two-part special on the soil-to-soil textiles movement, we hear from more women spearheading new ways with wool, as Ursula Billington zooms in on an innovative textile community in Bristol. […]

Assurance schemes not reliable for welfare

May 2, 2012 Peter Crosskey Latest from the ARC network, Recent updates