On Saturday 19th January, 25,000 people demonstrated in Germany’s capital to demand an end to industrial agriculture and a European agricultural policy that supports small farmers and environmental farming practices. 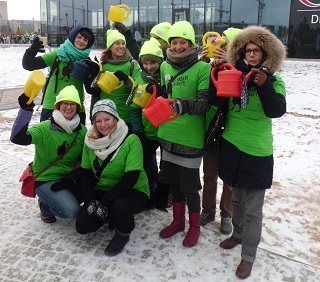 With the slogan “We are fed up! Good food, good farming now!” this is the third year that the demonstration has taken place. Starting at the main station, the demonstration then headed off down Berlin’s main shopping street on the way to the Government quarter, bringing the centre of the city to a standstill! Consumers and activists in colourful constumes were joined by farmers and beekeepers, and occassionally, just occasionally…the sun. 70 tractors from all over Germany added substantial noise and action to the protest.

This year also saw a significant international presence, many of them being invited onto the stage in front of Merkel’s office. 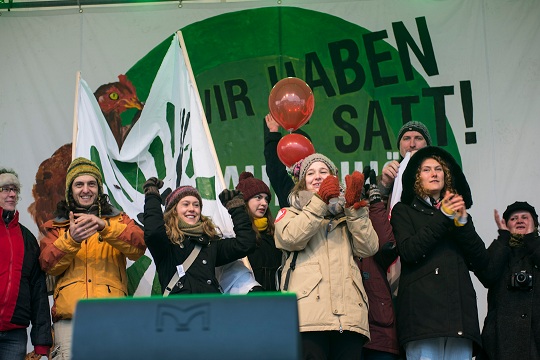 After the demonstration, the protestors headed to the Heinrich Böll Foundation for some warm soup (prepared at the action against food waste the night before – the famous Schnippeldisko!) and a series of presentations from campaigners, farmers – young and old – about thier work for good food and good farming across Europe.

Ecological Focus Areas (EFAs) were supposed to be a core part of the greening of CAP: public goods – biodiversity protection – for public money – the citizens tax revenue. However EFAs were watered down to the point of near meaninglessness, we argued here in 2014. In this guest blog post by Sebastian Lakner, the poor biodiversity performance of EFAs in Germany is outlined. […]