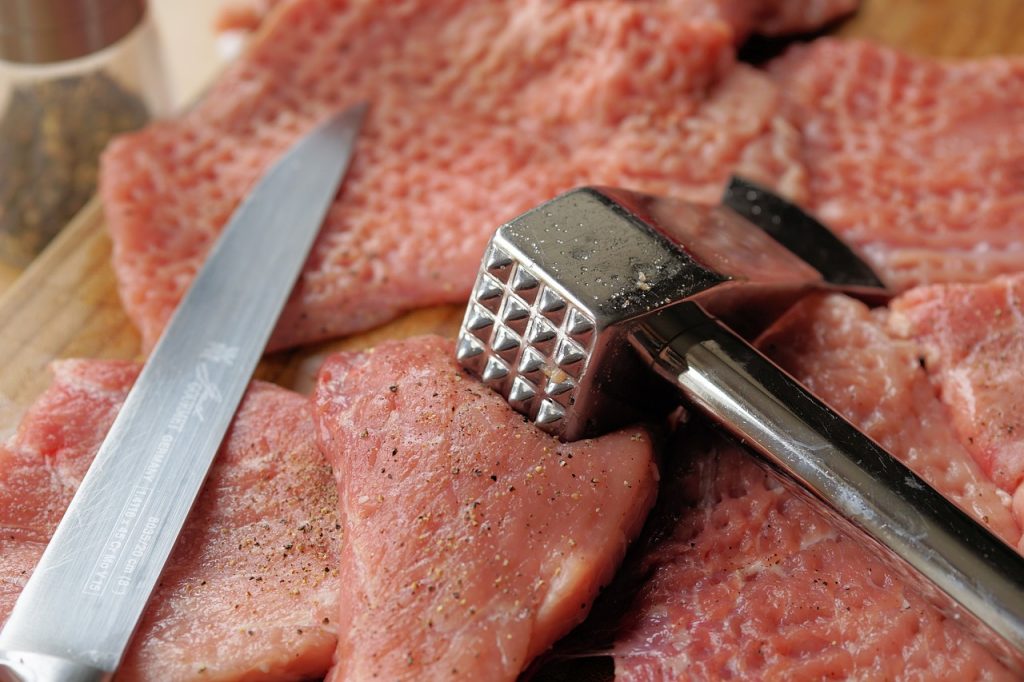 1048 cases of covid-19 have been confirmed among workers in Irish meat processing plants, according to the latest figures. This figure rose by 123 cases compared to the previous week. But Covid-19 outbreaks in meat factories worldwide are revealing different responses for the exposed workers  – and make the case for an EU wide standard for meat factory workers. Alison Brogan highlights recent developments in Germany and Ireland.

At a cabinet meeting last month, the German Government resolved to implement a number  of new measures to protect the occupational safety of meat industry employees. Among the changes to be introduced in January 2021 is a restriction on subcontracting – so meat processors exceeding a certain size will have to employ workers themselves – and an increase in the fine payable for a failure to comply with regulations from €15,000 to €30,000.

Long Overdue but a step in the Right Direction

Alexandra Endres writes in Die Zeit that the disgraceful conditions meat industry workers in Germany have been subjected to in the pursuit of cheap meat became life-threatening during the pandemic, and it is deeply shameful that it took the fear of Covid-19 among members of the public living near slaughterhouses for workers to be better protected.

Holly Young reports in the Guardian that Christine Chemnitz, who leads agricultural policy at the Heinrich Böll Foundation, described the government’s move as an “historic moment” which will mean that the “meat industry can no longer take advantage of exploitative labour conditions in the slaughterhouses”

Now, with reforms impending, the German meat industry reportedly feels that it is being discriminated against. Meat industry representatives have questioned the legality of a ban on “Werkverträge” (the type of contract that facilitates sub-contracting) which would only apply to their industry and to factories that exceed a certain size. Anticipating such an argument, Labour Minister Heil who proposed the reforms said that it is not unconstitutional to treat different sectors differently, the Rheinische Post reports.

A Tagesschau report on why the Government is only reacting now, highlights the influence of the meat industry lobby on politicians.

Friedrich Ostendorff of the opposition Greens party tells Tagesschau that the interests of the Deutscher Bauernverband (the German Farmers’ Association)  and its connection to the meat industry is a reason why the Government did not react sooner. Bernhard Kruesken, general secretary of the DBV dismisses such claims as “conspiracy theories” and says that the DBV “represents the agricultural sector” and expects the meat industry to “put things right”.

The report points out that industry pressure on the political realm is evident in the press release of Tönnies-Holding, one of Germany’s largest meat manufacturers, which has stated that a ban on “Werkverträgen” would risk German meat-production losing its competitiveness and being replaced by producers in other European countries like Poland, Romania or Spain.

North Rhine-Westphalia’s labour minister Karl-Josef Laumann (CDU) does not see the tightening of health and safety regulations within the meat industry as a threat to Germany’s position as a meat producer, telling the Rheinische Post that “the slaughterhouses are located where the animals are bred and we have strong and competitive animal production here in Germany”.

Notwithstanding Laumann’s sentiment, the meat industry’s warning that government reforms will drive the industry out of Germany is a stark reminder of the pre-eminence of the economic bottom line in neoliberal society.

A more recent report in Tagesschau by Helga Schmidt highlights the dissonance of the German meat industry threatening to relocate, when the competitive advantage derived from low wages and subcontracting in Germany itself has destroyed jobs in neighbouring countries.

According to MEP Martin Hausling who is cited in the Tagesschau piece, German slaughterhouses are almost the cheapest in Europe for slaughtering. As a result, competitors in neighbouring countries close down, and animals are driven to Germany to be killed.

In the opinion of Hausling, only Europe-wide standards will help against the “run on the cheapest slaughterhouses”.

According to the Süddeutsche Zeitung, Bavaria’s Premier, Markus Soder, has also called for a European solution for the meat industry in interests of fairness and equality across the EU, and in order to prevent the relocation of the German meat industry.

Like their German counterparts, Irish meat factories have emerged as covid-19 hotspots, yet  in Ireland, there has been no government indication of a need for wider meat industry reform beyond the coronavirus crisis.

In response to the sector’s outbreaks the national outbreak control team issued guidance for the meat industry in relation to Covid-19 and onsite factory inspections are being carried out by the Health and Safety Authority as of May 18th.

1048 cases of covid-19 have been confirmed among workers in Irish meat processing plants as of June 3rd. This figure rose by 123 cases since the previous weekly report. Factoring in the bank holiday weekend, and a two day reporting lag (new figures are released every Monday), the figures themselves are already almost a week old anyway.

While last week the Minister for Health Simon Harris stated that between 55% and 60% of those infected in meat plants have returned to work, the continued increase in cases is troubling.

Addressing the Minister for Agriculture Michael Creed, Labour Party TD (member of parliament) Duncan Smith called on him to initiate a working group to investigate the treatment of migrant workers in Ireland’s meat industry.

Smith said: “there is the perception, right or wrong, that the Minister (for Agriculture) is backing the few stakeholders who control this €2.4 or €2.5 billion industry rather than backing the workers. These are vulnerable migrant workers who are open to exploitation. It is possible that some are not being exploited, but others may be suffering exploitation… A cloud of shame has been cast over the industry at this time”

The injustices meat plant workers are experiencing in Europe and the Americas are intrinsically linked to the industrialised nature of the global food system.

As to the harsh realities of the industrial meat industry, Raj Patel tells France 24 that in some cases “workers are considered as expendable as the things that they’re slaughtering” and that it’s “in the sites where expendable life is to be found that you see the worst effects of industrial monopoly concentration in the meat industry”.

Patel emphasises the need to listen to workers’ demands in the process of reimagining sustainable food systems.

He also believes that there are no easy fixes: while reforming the meat industry, strengthening local and regional food systems and changing consumption habits are all important factors in the move towards sustainable food systems, for meat industry working conditions to improve, people will also have to be willing to pay higher prices for food.

Both seasonal horticulture workers and meat processing plant workers are at the front lines of the food industry, facing Covid-19 in very labour-intensive industries. Recent months have shown how difficult it is for these industries to carry on as before – while Covid-19 has exposed this, there were serious question marks over their sustainability in any case. Now, with Germany taking the lead on legislation for workers, how will the rest of Europe react? Will countries capitalise on their competitive advantage, or follow suit with protections for vulnerable workers?