According to US Congresswoman Louise M. Slaughter, 80 per cent of all antibiotics sold in the US are given to perfectly healthy animals raised for food. This alarming message is coming from the only microbiologist in Congress and a leader on public health issues, as a response to a newly released regulation of the Food and Drug Administration (FDA). Louise M. Slaughter perceives this new regulation as “an inadequate response to the growing antibiotic resistant crisis caused by overuse of antibiotics on the farm”. 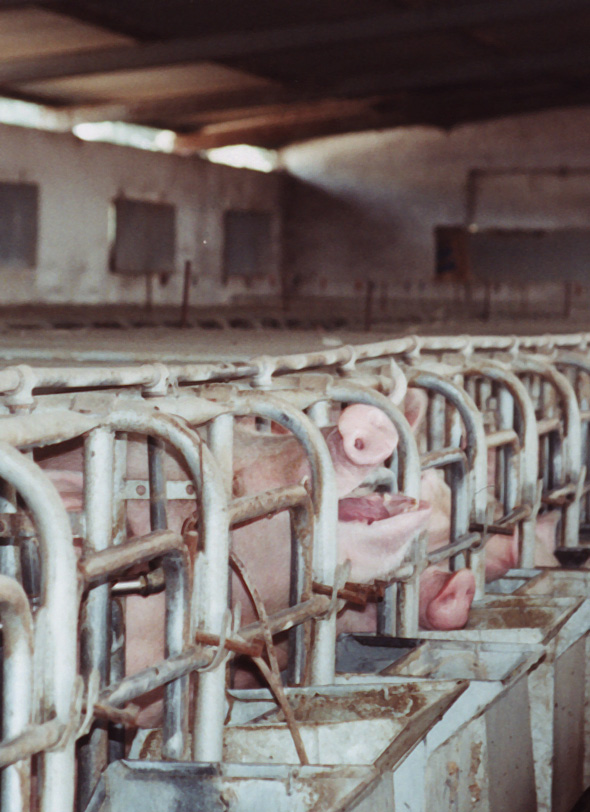 The Agency announced its own industry guideline to combat the widespread overuse of medically important antibiotics in animal farming in December 2013. Amid criticism the FDA defends its approach, which urges pharmaceutical companies to voluntarily stop marketing the drugs’ ability to promote growth on labels and to require veterinary prescriptions. Europe’s experience, though, demonstrates no evidence that voluntary regulations are efficient in stopping the overuse of antibiotics on the farms. In 2006, the European Union issued a directive urging animal farms (chicken, pigs or cattle) to voluntary limit the use of antibiotics as a means to promote animal growth. As a result, at the same time “therapeutic” antibiotic use sharply increased to compensate. Agricultural antibiotic overuse only declined in countries that instituted their own bans like the Netherlands, where as a result there was a steep decline in 2009 due to fines which were instituted for noncompliance.

The World Health Organisation (WHO) is also giving a warning signal because: “healthy animals are given antibiotics to promote growth or prevent disease”. The U.S. government is also concerned about the problem and has declared, together with the Senate, that they are “taking steps to curtail antibiotic use in farm animals”. At a WHO 1997 meeting, 70 health experts concluded that “resistant strains of four bacteria that cause disease in humans have been transmitted from animals to humans and are shown to have consequences for human health, [namely] Salmonella, Campylobacter, enterococci and E. coli”. The WHO emphasised that “healthy practices in animal husbandry reduce the need for antibiotics and they should never be used as a substitute for adequate hygiene”.

As a response to “inadequate FDA response to antibiotic overuse”, US Today wrote on December 25th 2013: “It sounds like the plot for a 1950s sci-fi film: Bacteria, once easily controlled by medicine, morph into unstoppable, drug-defying monsters. They lurk in hospitals, schools or out in the community, where they sicken and sometimes kill. (…) Every year, drug-defying bugs sicken 2 million people and kill at least 23,000. “If we don’t act now, our medicine cabinet will be empty and we won’t have the antibiotics we need to save lives,” warns Tom Frieden, director of the Centers for Disease.”

Methicillin-resistant Staphylococcus aureus (MRSA) causes around 94,000 infections and 18,000 deaths annually in the US. In the European Union the European Centre for Disease Prevention and Control estimates that antimicrobial resistance (AMR) results each year in 25 000 deaths and related costs of over €1.5 billion in healthcare expenses and productivity losses.

As a solution, the Advisory Committee on the Microbiological Safety of Food is proposing the adoption of good farming practice which can significantly reduce the need to use antibiotics. McDonald’s global minimum standard prohibits the use of antibiotics belonging to classes of compounds approved for use in human medicine when used solely for growth promotion purposes.

Source: FDA, the US Congress, the WHO, the USA Today

More on the topic:

“Itai-Itai!” is the name of a disease that emerged in the early 20th Century in Japan, due to cadmium poisoning. The EU has been trying, unsuccessfully, to reduce cadmium exposure in its citizens for years. The source of cadmium contamination of European soil? Mineral fertilizers. […]

What’s Farming got to do with the 1m Species Threatened with Extinction? 10 Key reads

This week saw the publication of a damning report on the human destruction of the natural world. 1m species are threatened with extinction. Agriculture has a big role to play in this. Here are the top reads to flesh out what the environmental and climate impacts of the current farming system are and what can be done. […]