Today, citizens gathered outside of the German Chancellery to demand that a controversial GM maize be kept off of European fields. The action was planned to coincide with the last meeting of the German cabinet ahead of the vote by EU member states on February 11th to authorize the cultivation of Pioneer’s ‘1507’ Maize variety.  On Monday, Campact, Save Our Seeds, BÖLW and other environmental NGOs put out an ’emergency’ online petition.  Within the 48 hours leading up to today’s action, over 175,000 people had signed. 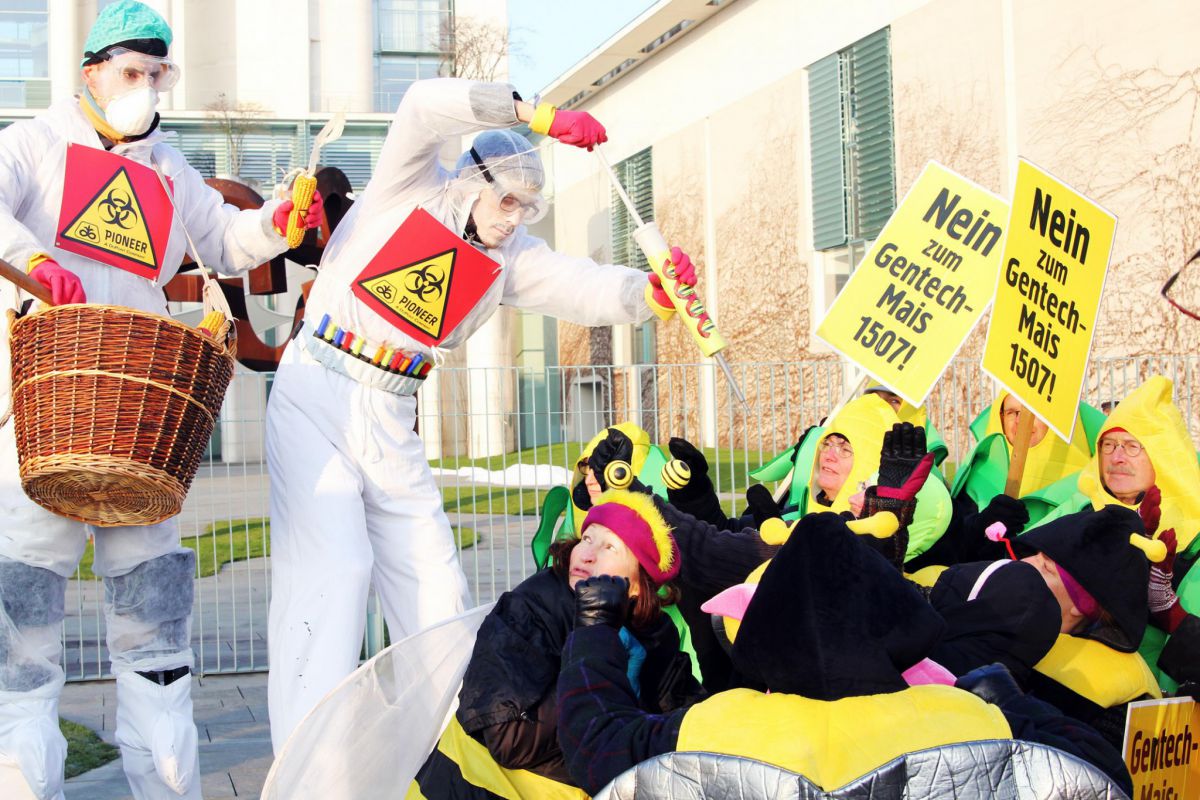 The European Commission wants to allow the cultivation of this insect- toxic and herbicide-resistant GM variety. This would be the third ever GM crop approved for cultivation in Europe, the only GM maize approved in 10 years.  There are many problems with this GM maize. Since it produces its own insecticides, it could pose risks to butterflies and moths and there has been no research on its impacts to other beneficial insects such as bees and other pollinators.

According to a Parliament resolution passed in January, the insect resistant crop could be dangerous to harmless butterflies and moths.  MEPs called on the Commission not to allow the genetically modified maize crop Pioneer 1507 on the EU market.  Member States, however, all still divided.

Germany has announced that they will abstain from the February 11th vote since they are unable to come to an internal agreement.  Although abstention is common in the case of disagreements, the Commission will only refuse approval of the crop if a qualified majority (2/3) of member states vote NO. As such, an abstention is a de facto agreement and Germany’s 29 votes are critical. “Just a few weeks ago, the coalition agreement promised to recognize the reservations of the population against genetic engineering. Now Mrs. Merkel, Mr. Gabriel and Mr. Seehofer must deliver!” said Benny Haerlin of Save Our ​​Seeds. 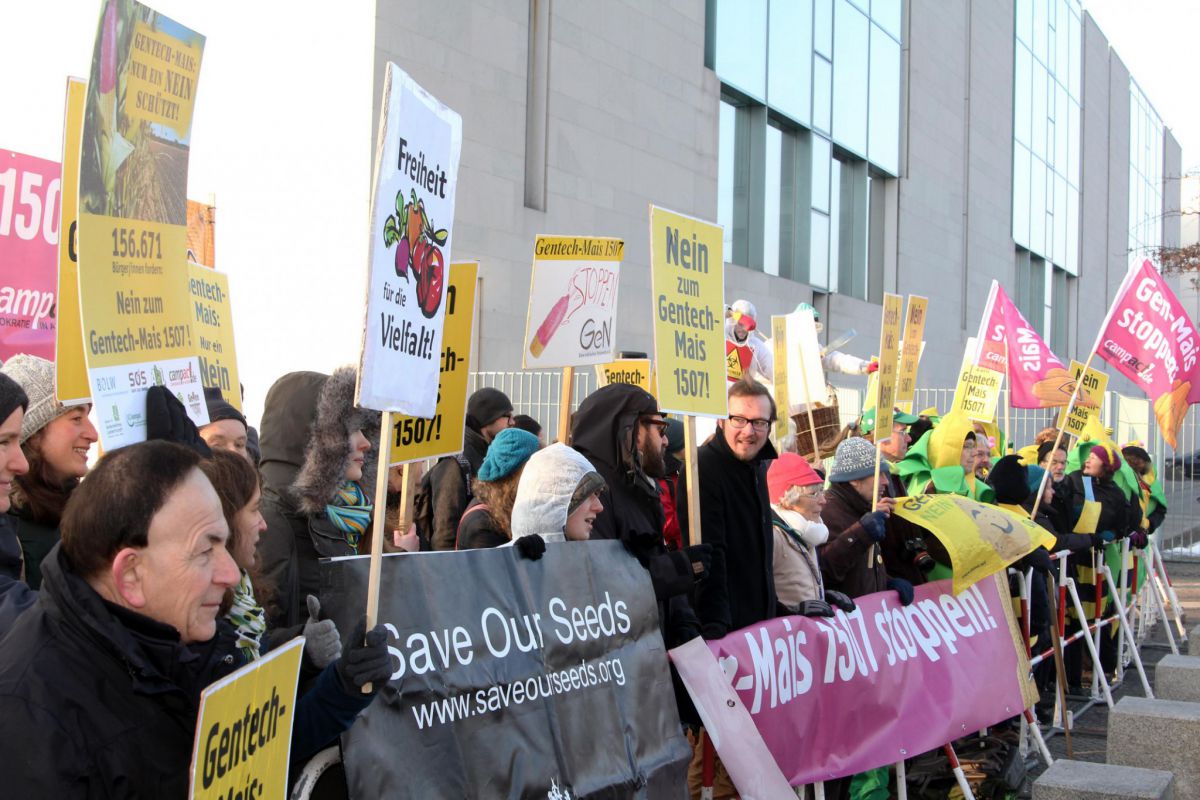 Pesticide victims Laurent Guillou and Stéphane Rouxel have won their cases against former employer Nutréa-Triskalia. The former employees at the Plouisy site of the giant Breton agricultural cooperative Triskalia suffered acute exposures to pesticides in 2009 and 2010. They suffer from hypersensitivity to everyday household chemicals (MCS), a condition that has also been recorded among Gulf war veterans. The decision by the Tribunal des Affaires de Sécurité Sociale (TASS) at Saint Brieuc to award damages to pesticide victims is the first of its kind to recognise MCS in the French justice system. After years of legal battles, their accusations that the massive use of pesticides in food production is an environmental and health scandal are being vindicated. Read: Pesticides  – Did Co-op’s Practices Lead to Cancers? MCS is a debilitating condition: in the soundtrack of a campaign video [Paroles-de-Plouisy], Rouxel recounts that in his case it can be triggered by something as trivial as encountering people wearing perfume or after shave. The effects can come hours or days later and include severe headaches as well […]