The Danish Ministry of Food, Agriculture and Fisheries just published an action plan for organic production until the year 2020. The primary focus areas in this plan are the conversion of public kitchens and public areas, the support to organic agriculture, and the development of organic products. The overall goal is to double the land area that is managed organically before 2020. 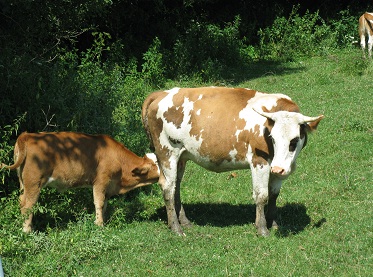 “No other country has a policy for organic production matching the one the new action plan outlines”, says Evald Vestergaard, chairman of Organic Denmark “When it comes to control, labelling, consumer investment, export and organic food in public kitchens, Denmark will be in front”. The environment will be the biggest winner as more farm land become organic: Biodiversity is 30 % bigger in organic agriculture, and the leaking of pesticides into groundwater will be diminished.

The Ministry of Food, Agriculture and Fisheries sketches some initiatives that may positively influence productivity in organic farming and diminish the environmental load of agriculture. Among these initiatives is increased research into replacing imported soy feed with locally-grown organic feed. From 2012-2015, a total of 2.6 million Euros will be invested in developing and testing new, organic varieties of protein rich plants.

In order to attract more farmers to organic agriculture, the Ministry wishes to improve the distribution of land. This is particularly important for organic cattle farmers.  The ministry also wishes to investigate whether there is a need for increased recirculation of nutrients in organic agriculture, and improve the organic farmers’ opportunities to receive support to establish biogas plants.

The Ministry also hopes to make the rules relating to approval for conversion to organic production more flexible and provide better guidance in dialogue with farmers. Organic production methods will have a more prominent place in agricultural education and food studies in order to secure the connection from “farm to table”. Furthermore, the ministry wishes to financially support development of organic products and to strengthen the export of organic foods.

The public must take lead

Experiences from organic public kitchens show greater satisfaction among users as well as among staff. Thus, the Ministry has acknowledged the important role that public procurement plays. State, regions and municipal authorities must oblige to serve at least 60 % organic food in public kitchens, a goal that will be reached through projects and knowledge transfer between public kitchens. At the same time, all of the 55,000 publically-owned hectares will be converted to organic production. Today, only 25 % of these public areas are organic.