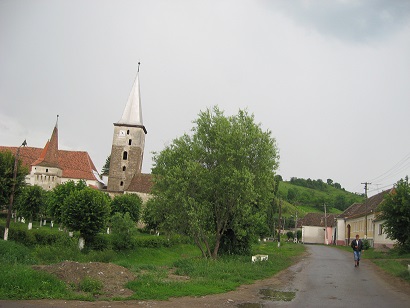 Bucharest, 8. August 2013 – According to the Romanian news agency Agerpres, the Austrian company GBI Consulting and eight Romanian institutes and universities have been tasked to put in place the country’s National Rural Development Program (NRDP) for the 2014-  2020 period. During a press conference Achim Irimescu, a state secretary at Romania’s Ministry for Agriculture and Rural Development, announced that a first draft of the NRDP will be published in October this year.

“This week I signed with GBI Consulting from Austria the contract to put in place the National Rural Development Program for the 2014 – 2020 period. We will have a first draft by October this year. Due to the selection process we are a little bit late with the writing of the program but I want to highlight that we will be able to submit to the European Commission a first version of the NRDP by January 2014. The company we selected is specialized for this sort of work and has already carried out such tasks for other EU member states. One of the company’s consultants is Franz Fischler, the former Commissioner for Agriculture“, said Irimescu.

He went on to underline that until the final version is ready, Romania’s Ministry for Agriculture will submit to the European Commission all social, economic and SWOT data on which the program will be based on.

“I agreed with the European Commission that we will translate and send the economic and social data, SWOT analysis and all other relevant assessments for the NRDP. This data will highlight exactly which the priorities for Romania are. The new National Rural Development Program for 2014 – 2020 will only have 11 measures, being much more simplified than the current one consisting of 25 measures“, explained the state secretary.

The contract signed with GBI Consulting is of about 3.5 million Euro excluding VAT and will be completely financed by European funds.

Dacian Ciolos, the European Commissioner for Agriculture asked Member States to submit simplified programs listing only their priorities so that they can be adopted rapidly. In the case of Romania these priorities are rural infrastructure, the young and farm investments.

The NRDP is the instrument through which non-reimbursable European funds are granted for public and private investments to develop Romania’s rural communities. The total allocation of European funds for the NRDP was 8.12 billion Euros for the period 2007 – 2013. For 2014 – 2020 Romania has been allocated approximately 7.1 billion Euros.

Until July 2013 Romania absorbed approximately 5 billion Euros of European funds for rural development. According to APDRP, the Romanian agency responsible for managing these payments, this represents an absorption rate of approximately 58% of the total sum allocated trough the NRDP.

Since the NRDP’s launch in 2008, the APDRP has managed 141,625 funding requests representing a total value of over 17.95 billion Euros. To date 87,307 projects have been selected for a first non-reimbursable funding; representing a value of over 6.13 billion Euros. This in return represents an absorption of 83.48% of the public funds available that financed by the European Union and co-financed by the Romanian Government.

Vegetable boxes in Romania: cutting out the middleman

EU funds will be used to consolidate holdings: that’s push small producers & peasants off the land […]