With the legislation due around the end of May/beginning of June, the Greens-EFA Group in the European Parliament hosted an event last week on “The next CAP Reform: Towards a sustainable farm income and an agro-ecological land use.” Greens-EFA MEP Martin Häusling introduced the event, recalling that the experience of greening had so far proven disappointing, and that the move towards ever greater market liberalisation had put pressure on producers across the EU, with many member states, including Germany, experiencing the loss of up to half of milk producers in the last ten years.

Read  Greens CAP policy paper CAP for the future: the transition towards a social and agro-ecological food policy (opens .pdf)

Panel I: Land use for the public good

The first panel focused on land use and land concentration in the EU. First up, Ulrich Jasper of the German Arbeitsgemeinschaft Bäuerliche Landwirtschaft showed that land concentration in the EU has seen more and more farmland concentrated across fewer farms, with the amount of work done on that land also decreasing – 2 worker units per hectare lost in the last ten years. He also looked into the link between larger farms and animal welfare: for example, cows in larger farms are less likely to go out to pasture, and, in farms with over 500 cows, only 39% had access to pasture. He also highlighted the need to direct public money to the public goods provided by appropriate land use, and proposed criteria upon which direct payments should be apportioned.

Michael Hamell, Adjunct Professor of Agriculture at University College Dublin, Ireland, related his experience of the seven previous CAP reforms, and the importance of cross compliance as a strong environmental basis for commercial agriculture, which after all provides much of the food provision in Europe. He argued for better integration of the Sustainable Use of Pesticides Directive,  as progress is needed even on the simpler aspects of implementation (such as providing advice and bulletins in preparation for spring, or as concerns the cleaning of sprayers.) In a recent series of symposia organised by PAN, many farmers from arable, apples and grape production had reported the possibility of reducing by 50% their pesticide usage, without any impact on their economic viability. Mr Hamell sees therefore the possibility of reducing the annual use of pesticides in Europe from 350 000 down to 200 000 tonnes. However, he also recalled that, in addition to soil health, the pressures of infrastructure and housing are also significant factors in changing land use.

Panel II on Crop Rotation: how to combine an economic and agronomic transition

Introducing the second panel, the Austrian MEP Thomas Waitz described the successes of crop rotation in Austria, where, previously, monocultures of corn were under pressure from the western corn root worm. Here, crop rotation proved the most practical solution to minimising the damage, without resorting to neonicotinoid use.

From the European Commission’s Joint Research Centre, Luca Montanarella described the state of play of research into soil health in Europe. He explained the data collection methods for the Land Use/Cover Area frame System (or LUCAS), which currently contains 1.1 million data points within the EU territory, and in which practical collection of soil samples remains vital. He clarified how these datasets are then combined, to provide a fuller picture of soil erosion in Europe.

Technology is being used in several ways, and the LUCAS system may yet be complemented by the use of hyperspectral sensors by satellite, to examine soil organic matter. There are also several apps in development for farmers to report on and examine the health of their own soils, by taking a photo with their mobile phone. However, rather than technology it is rather the participatory method that Mr Montanarella emphasises, noting that down-to-earth projects such as Canada’s Wormwatch have generated huge amounts of data on biodiversity, by involving volunteers such as schoolchildren in monitoring the worms in their local environment.

In discussion on how to link direct payments to maintenance and improvement of soil quality, Mr Montanarella stressed that soil quality indexes of some sort have been in use in Europe for over 100 years, and that levels of soil organic carbon could be used as a proxy for soil health. He also recalled the significance of peatlands, the world’s biggest carbon sink.

Bertrand Omon, an agronomist of the Chambre de l’Agriculture de l’Eure, France, joined the conference by video link to discuss the practical implementation of crop rotation. He clarified how crop rotation can be designed strategically, with a systemic approach, to combat many contemporary threats to soil, including erosion, loss of fertility and loss of biodiversity. He also presented how crop rotation can help farms to increase their protein autonomy, and took questions from the audience on how to include soya into organic or agroecological systems.

The third panel focused on ensuring a fair income for farmers within the supply chain. To open the discussion, Sieta van Keimpema, Vice President of the European Milk Board, recalled that the income for farmers is 50% less than for other EU citizens, and so stable prices prove vital for the sustainability of their business. Drawing on experiences of the milk crisis, she argued that even small changes in volume can make a big difference in price, and in this light, the voluntary milk reduction schemes proved useful, if only as a crisis instrument. However, to encourage longer term stability in the market, she proposes a Market Responsibility Programme, with three phases – early warning (when the market index falls by 7.5%) crisis (for a fall of 15%) and obligatory cutback phase (for a fall of 25%). The programme would include progressively stronger incentives to reduce production in the first two phases, and the last phase would consist of a universally applicable reduction in the supply of milk by 2–3 % for a defined period.

Eimantas Pranauskas of the Lithuanian Association of Agricultural Companies related the situation of farmers in the newer member states, in particular Lithuania, where direct payments in the period 2007-2013 reached only 140 euros per hectare, and the 2020 goal of 196 euros per hectare is unlikely to be reached. He recalled that, despite lower direct payments, farmers of the newer member states are equally subject to the EU standards. In particular, the greening efforts of Lithuanian farmers are compensated by 54 euros per hectare, compared to the European average of 79 euros per hectare. He also presented the situation of a particular type of cooperative in Lithuania, known as agricultural companies. These cooperatives have on average 31-32 employees, and so any degressivity in direct payments should be carefully designed to recognise the employment that they bring to rural areas, rather than classifying them alongside large farms with few employees.

Joanma Mesado, of the Únio de Llauradors, presented the situation of citrus producers in Valencia. On the same day that Commissioner Hogan presented the proposals to prohibit certain unfair practices in the food supply chain, Mr Mesado emphasised that, even in cooperatives, producers are a weak party in the supply chain. Of the 596 cooperatives in Spain (152 in Valencia), 95% have fewer than a 1000 members, and only 30% are producing more than 10mn euros of goods. They are often not assured a fair price, and take the financial strain of promotions that supermarkets may apply to their produce.

He stressed that, in addition to the CAP payments, farmers should be assured that their competitors from third countries are subject to the same high standards.

Finally, Alex Datema, president of Boerennatuur (Farmers’ Nature), presented the work of his umbrella organisation of 40 cooperatives, involving 8000 farmers active in agri-environmental schemes across the Netherlands. He stressed the need to move from farm approach to a whole habitat approach, considering the whole landscape when designing agri-environmental schemes. In this light, cooperatives have proven useful in bringing farmers together to coordinate their actions and develop coherent agri-environmental schemes, rather than a multiplication of contracts. He also highlighted farmers’ concerns for biodiversity, noting that numbers of both farmers and skylarks are falling at similar rates. 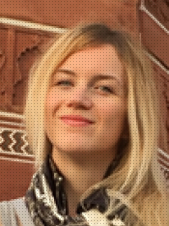 Harriet Clayton is Advisor on Agriculture and Rural Development with the Greens EFA Group in the European Parliament.

About Harriet Clayton 1 Article
Harriet Clayton is Advisor on Agriculture and Rural Development with the Greens EFA Group in the European Parliament.

Alan Matthews runs the CAPreform.eu blog, one of the best and most consistent sources of up to date, detailed  analysis of all things CAP. Here we present part one from an interview between our own Oliver Moore and Professor Matthews. Part one is broad and introductory, looking at what the Commission has proposed and potential pitfalls. Part two is more specific and related to Matthews’ home country of Ireland.  […]

How to feed an Island? Japan and the German CAP Strategic Plan

The Common Market Organization (CMO), insufficient grazing subsidies and eco-schemes. An explainer about how EU dairy exports could increase rural unemployment and food poverty in Japan. […]

Errors of a previous administration, a billion euro dispute between France and the Commission, even bigger borrowing on the international markets, late payments to farmers – its a financial cap-tastrophe in France. Peter Crosskey untangles the mess. […]