“The Community Supported Agriculture (CSA) movement is being increasingly recognized for offering an alternative to the unsustainable industrial food system and thus as a concrete approach in the transition towards agroecology and food sovereignty.” 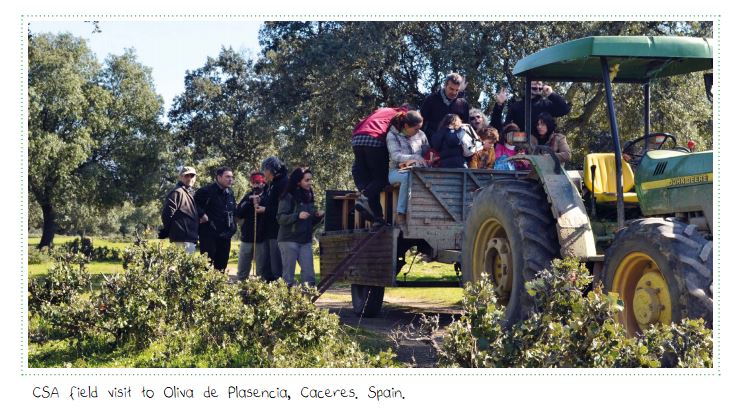 That’s according to Morgane Iserte of the CSA network Urgenci, upon the release of their  European CSA overview in May. This publication – a collaborative offering spanning CSA participants in 22 countries, offers a fascinating insight into this new and dynamic food system.

The report, which stems from an Urgenci meeting on CSAs in Freiburg in Germany in 2015, presenting the results of a Europe wide census. It also analyses the agroecological dimension of CSA in practice.

All around Europe rapid growth in this alternative is revealed.

The report is especially noteworthy because of the range of contributors – from across the agri-food domain – including academics, farmers, organisers and – always – eaters. 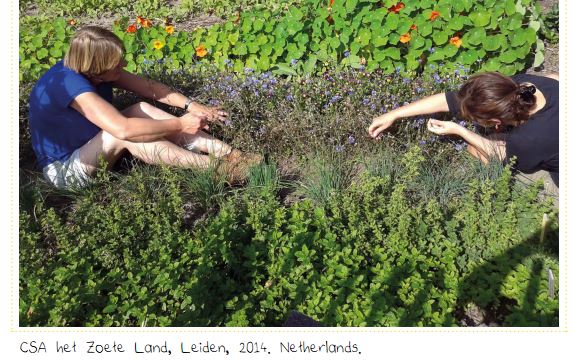 In the report’s preface, Elizabeth Henderson –  farmer at Peacework Organic CSA  – explains what CSA means to her:

“Community Supported Agriculture is an idea – a tremendously flexible concept for a new consumer–farmer connection, an alternative system of distribution based on community values and solidarity. The economics of direct sales make this a win–win solution for farmers and consumers. The farmer gets a decent price and the consumer pays less since there is no middleman. For the farmer, the CSA offers the possibility of a broad support group of people who genuinely care about the farm’s survival and who are willing to share the farmer’s risks. Consumers have the opportunity to connect with the earth, know and trust the people who grow their food and support the local economy.

Each cultural group that adopts CSA shapes it differently to suit its own historical circumstances and each individual CSA is site-specific, modeled to fit the producers, their land, their beliefs, their customers and markets”

All images taken from the report and are Creative Commons attributed (as is the report):  CC BY-NC-SA 4.0

All ARC2020 articles on agroecology, food sovereignty and organic farming

The third European CSA gathering is on in Ostrava, Czech Republic in September. To support it, click here

The Association of Conscious Consumers, a Hungarian NGO (also called TVU), and AGRIDEA, a Swiss NGO, launched a joint programme in 2012 aimed at raising awareness of the theory and practice of Community Supported Agriculture. Their publication is below.

Taking food waste into your own hands