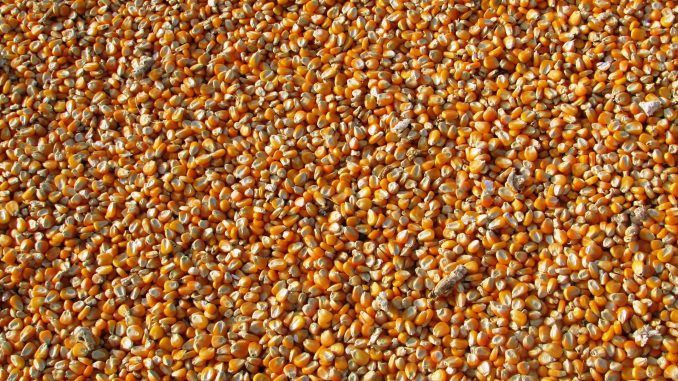 This morning, 25th July, the European Court of Justice (ECJ) passed a ruling that organisms acquired by gene editing are to be subject to the same regulations as other Genetically Modified Organisms (GMOs).

Framed as ‘new breeding techniques’ by the biotechnology industry, gene editing – or mutagenesis – is a process where genetic material is deleted from a target gene sequence. The leads to a genetic mutation in the emerging organism. It has been exempted from the GMO Directive thus far because no foreign DNA is inserted.

So far, mutagenesis has been used to create seed varieties which are resistant to particular herbicides. French agricultural union Confédération Paysanne brought the case to the Court, arguing that they were concerned for the potential health risks of such herbicide-resistant plants. They should, it was deemed, be subject to the same environmental risk assessment, traceability, labelling and monitoring obligations as transgenesis techniques (i.e. more conventional GMOs).

The journal Nature published a study last week which concluded that current gene editing technology (Crispr-Cas9) can produce greater genetic mutations that previously anticipated. This, they said, showed the potential for “pathogenic consequences.”

The biotech industry has been fervently lobbying for some time that mutagenesis, and the corresponding organisms, are safer than older GMOs. This ruling prevents biotech firms from avoiding the GMO Directive by gene editing techniques. Such techniques, the ruling states, produce organisms legally listed as GMOs.

Interestingly the ruling goes against previous statements made by the ECJ advocate Michal Bobek earlier this year. Then he claimed that some mutagenesis techniques may be exempted from the GMO Directive.

“Today’s ruling is a victory for food safety and the environment,” says MEP Bart Staes of the Greens/EFA Group. “Just because the industry has come up with new ways to modify organisms does not mean that these techniques should be exempt from existing standards on GMOs.”

The ECJ stated that these new techniques have risks which “might prove to be similar to those that result from the production and release of a GMO through transgenesis.” Exactly to regulate these risks, the EU put in place a set of precautionary measures back in 2001, the EU GMO Directive.

Staes goes on to say that “recent scientific studies show that these new techniques might not be as accurate as the industry claim them to be…[they] may have unintended effects, as well as the potential to increase our dependence on the agri-chemical industry.”

The ruling has environmentalists and animal welfare campaigners across Europe celebrating. GM Freeze Director Liz O’Neill said “This case was portrayed by industry as an argument about definition but the court has seen sense and made it clear that what actually matters is how we regulate emerging technologies that have the potential to permanently alter the ecosystem.”

Industry sources were however disappointed by the decision. Garlich von Essen Secretary General of the European Seed Association said: “It is now likely that much of the potential of these innovative methods will be lost for Europe – with significant negative economic and environmental consequences. That strikes a serious blow to European agriculture and plant science.”

Europabio, a lobby group for the biotech industry, claimed the ruling would “lock out” Europe from the benefits of gene editing:

#ECJ Court ruling could lock out the benefits of #genomeediting from #Europe #EU See our press release: https://t.co/zhJTiMNBYo pic.twitter.com/QSGD2XowDX

However green, organic and small farmer NGOs and others expressed delight:

The #ECJ has ruled for new genetic engineering techniques to be regulated as #GMOs – a victory for the #organic food and farming movement as well as consumers!

Read our press release and briefing via: https://t.co/JVxs4oqUKd

Strong response from the German government to the #ECJ ruling on #GMOs.

"good news for the Environment and Consumer protection – and a clear commitment to the precautionary principle in Europe." https://t.co/Lcm4NWANnz

excellent judgement of the European Court of Justice on #CRISPR today: Gene editing is Genetic engineering an regulated by the EU directive on genetically modfied organisms.https://t.co/vHbUo4ItLk

We welcome the European Court of Justice (ECJ) decision that the new generation of genetically modified organisms (GMOs) should be treated the same as existing GMOs. https://t.co/Zeor7jhZVm pic.twitter.com/epS7JUWL5S

The European Court of Justice has issued its decision on the legal status of new GMOs. "With this decision, the biotech industry can no longer say that these techniques “do the same as nature” or try to deceive peasants and consumers." https://t.co/6fPs9bxMy0

Brexit and the Covid crisis have yielded easy pickings for the far right. In the first of a two-part series, Anoushka Zoob Carter unpacks how new forms of nationalism are exploiting a broken food and farming system. […]

ARC2020 exclusive: Olivier De Schutter of IPES Food suggests “A ‘Common Food Policy’ for the EU offers a Plan B – a way to circumvent the limitations of the CAP debate and keep sight of the bigger picture: an urgently needed transition to sustainable food and farming policies.” […]

Navigating In Circles, On Course For 2030!

Since the turn of the century ARC2020 has been part of the struggle to make European farming, food and rural policies fairer, more resilient and fit for the future. Are we going around in circles, or navigating in circles? Hannes Lorenzen shares some reflections for the year(s) ahead. […]