A law prohibiting farming and the use of fertilizers or pesticides within ten metres of all open rivers, streams and freshwater lakes has given rise to mixed reactions and massive protests among Danish farmers. The “Marginal Zone Law” has been introduced to protect the environment by taking 50,000 hectares of Danish farmland out of production, thus saving the water environment from a total of 9,000 tons of nitrogen per year. Passed in June 2011, the law will become ffective from September 2012 with the further amendment that the public should have access to the marginal zones. 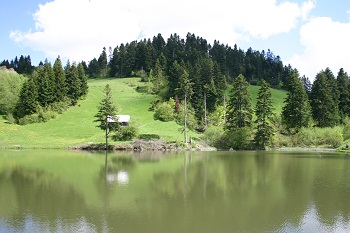 Many farmers are arguing that the law is illegal, that it will have negative consequences for the Danish economy and that it will be impossible to administer – mainly due to difficulties in interpreting available maps. The loudest protests have come from the group Sustainable Agriculture, whose primary goal is alleviating environmental demands on Danish Farmers. The group is urging its members to boycott the marginal zone law and is organising a mutual lawsuit against the government for unlawful expropriation of private property. With a total of 3,800 members, together they own 1 million of the 2.6 million hectares of all cultivated land in Denmark. The organisation argues that the marginal zone law will turn 500,000 hectares of agricultural land into swamplands, and render further 400,000 hectares useless. This will apparently decrease the productivity of Danish farmers by 25 – 30 %.

However, not all Danish farmers are opposed to the marginal zone laws. The association Free Farmers – Living Land is said to be amazed by Sustainable Agriculture’s appeal. “We as farmers have a responsibility towards nature and environment”, says Hans Jørgen Nygaard, president of the association. “The marginal zones are a modest contribution – and with the EU hectare support and compensation from the Danish government, in reality were are being paid not to pollute – something which hardly applies to any other trade group”.

The alternatives to the marginal zones will be even worse: “In order to fulfill EU water plans, there will be further limits to farming and use of pesticides and fertilizers. “The law applies to farmers too”, Nygaard underlines. “Failing to comply will not only have consequences for the farmers in question, it will hurt all Danish farmers”.

The farmers’ protests have not been affected by the Danish government’s attempts to compensate the farmers for their loss of land. Minister of Food, Farming and Fisheries, Mette Gjerskov, claims that no single farmer will lose more than five percent of their cultivated area, and has offered a compensation of 13 million Euro in total to Danish farmers. It is the responsibility of individual farmers to set the marginal zones. Some of the farmers’ critique has focused on the inaccuracy of the maps available. According to farmers, the maps are only 50 – 75 % accurate, whereas the ministry claims the maps to be 95 % accurate. It is the local municipalities responsibility to assist farmers in interpreting the maps and Mette Gjerskov has promised that during the first year, no farmers will be punished financially in cases of doubt.

Why don’t we talk about doing good instead of doing less harm? Because we are facing a crisis of imagination, writes Ans Rossy. To move away from our society’s current paradigm of power and influence, we will need inspiring new narratives. Agroecology can help us envision a future that’s about sharing and cooperation. […]

Anders Borgen has been an organic farmer for 35 years, and has for the past 15 years worked as a private organic plant breeder in Northern Jutland, Denmark. Hannes Lorenzen meet Anders Borgen at the European Cereal Diversity Conference in Kalö near Aarhus in Denmark to discuss organic regulations, cereal diversity and other matters. […]