The European Food Safety Authority EFSA this week panned a flawed UK study that distorted the impacts of neonicotinoids on wild bumble bee populations. The FERA study was funded by the UK government and cited by the UK National Farmers’ Union to justify the continued use of these bee-killing products, widely used as seed dressings in the UK. 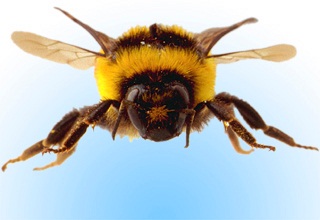 The study was criticised by European scientists for its lack of rigour, the absence of a robust control group and the limited scope of the study, which covered just one crop and two neonicotinoid products. The FERA team also overlooked two exposure routes: dust and guttation (the potentially pollinator-toxic sap droplets exuded by plants grown from treated seeds).

In the run up to the vote on a ban on three neonicotinoids proposed by the European Commission, UK Environment Secretary Owen Paterson told farmers: “I have asked the European Commission to consider all the evidence and to wait for the results of our field trials, rather than rushing to a decision based on lab tests alone.”  The vote took place after the EFSA provided evidence that three neonicotinoids are harmful to bee populations.

After a inconclusive first vote in which the UK abstained, the UK then voted against the ban in a second vote in April. This happened despite significant civil society pressure. With 15 Member States voting in favour however, the ban is currently set to come into practice this December.

In May, a fourth insecticide was identified as harmful to bees.

Find more on this story here:

The AGRIFISH Council delayed tabling the legislation meant to reform plant protection products (SUR) on March 23 until ‘before summer,’ to the dismay of campaigners. ARC has a leaked version of the revised proposal. So what’s in it? And what’s next in the political wrangling around pesticides in the EU institutions – are EU member states now playing a game of pass the pesticides parcel?    […]

What was supposed to be a fairly routine renewal of the herbicide glyphosate has turned into a quicksand quagmire. The European Commission has twice now failed to approve the controversial substance, as enough member states could not be mustered to support it. And the approval deadline of 30th June is fast approaching. Oliver Moore gives us an update. […]

Food security is no laughing matter at the best of times, but TIm Lang gasped when he first read the Department for Environment, Food and Rural Affairs’ (Defra) annual food civil contingencies infrastructure report in 2018. It is barely a page long (in public at least) and assures us everything is OK and that the food system is resilient and able to withstand shocks. As the coronvirus racks the nation and panic buying continues, this complacency is about to be tested. […]