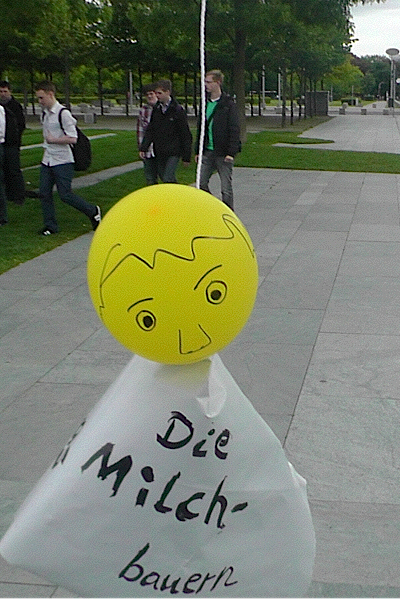 The European Milk Board this week urged an immediate halt to the Transatlantic Trade and Investment Partnership (TTIP). “The agreement is a severe threat to the EU – economically, ecologically and socially,” warned EMB president Romuald Schaber.

EMB is concerned that dairy production will relocate outside the European Union and that remaining EU production will be concentrated in a few places. There is also risk to product and safety standards, which EMB warns could be degraded by the process of regulatory harmonisation. The result would be more hazardous food products finding their way on to supermarket shelves and a loss of consumer confidence in dairy and meat products.

The EMB is critical of the way in which members of the European Parliament authorised the far-reaching TTIP negotiations last year. “EMB urges citizens to carry on exerting pressure on our politicians to retract the initiative on such agreements,” Schaber declared. “As representatives of EU citizens, they must ensure that there are no changes for the worse for people in the EU.”

Earlier this year, the organisation reported that producer prices in both France and Germany are below the costs of production. Adding haulage costs to the costs of externally-procured milk is not competition but a flawed economic model.

Across Europe, TTIP and CETA free zones are being established. Ramona Duminicioiu of Eco Ruralis tells us about Romania. […]

The original CSA? interview with Ryoko Shimizo of SEIKATSU

Back in 1965, a Japanese Consumer Co-Operative Union initiated the next level of connectivity between producers and consumers. […]