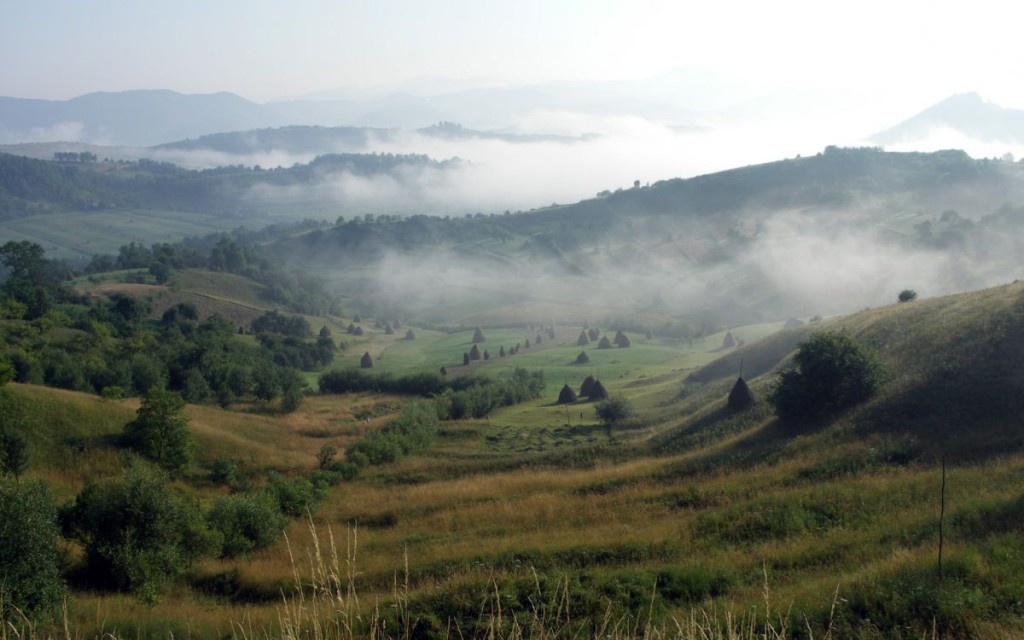 The larger cities of Romania are buzzing. Hip bands are filling the centers with popular sounds, folk artists sing uplifting traditional songs, while the smoke of the barbecues reaches the clouds. Its celebration time in Romania, it’s the period of the EU Parliament elections! Steaks, drinks and convivality are part of the electoral campaigns, along with electoral “gifts”: bags of food for the elders, sweets for the children, powerful speeches about new promises and beginnings for everybody.

Well, almost everybody. Stepping out from the urban electoral jungle, the countryside reflects the same stillness as ever. Peasants gathering after a day of spring work know little to nothing about the people they should elect in a few days. Only some banners baring the name and face of “the big bosses” (like prime-minister Victor Ponta – Social Democrat Party) along with the current party candidates, remind them that they have to place their vote.

This is also the case in a small village from the center of Transylvania. Asked by journalists about the EU Parliament elections, villagers raise their shoulders: “I will go to vote…My eyesight is poor, but the people there can guide me. I don’t know much about the European Parliament, as I don’t have a TV, but I will find somebody to vote…”, said a man in his 50s.

Another villager seems more determined: “We’ll go to vote, nothing else we can do…I’ll see there whom I will stamp. I saw a woman’s face on the fence here, I’ll look her up!” A woman considered that: “This Parliament doesn’t really help us, Romanians. I didn’t hear any of the candidates, but, if they don’t help us, we are not really interested in them.”

Declarations like these can be heard all throughout the countryside. While the countdown for the elections is almost finished, rural Romania votes in the fog. Interesting enough is, that most of the parties and alliances gathered up staggering electoral funds from private donors and companies. The currently ruling alliance (Social Democrats and Conservatories) received more than 360.000 Euros according to the Romanian Electoral Authority. They are also accused of using Governmental money to conduct their campaign. Still, rural voters education, narrowed down to a few glossy banners and populist slogans.

On the 19th of May, the Romanian Palace of Parliament hosted one of the few events dedicated to agriculture in the context of the coming elections. Various candidates participated and the conference resulted in a common declaration. According to it, MEPs “estimate that, Romania can support in parallel, a model based on coexistence between traditional, organic agriculture and an intensive one, practiced on large surfaces, benefiting from the newest technologies.“

Many of the candidates for the 32 Romanian seats are running to maintain their current status of MEPs. They should remember that a large proportion of the votes still come from the rural area, by people which were promised a better CAP, a more sustainable rural development and a more targeted direct support. Many of them feel unrepresented and discouraged.

Securing land for agroecology gets a helping hand with the launch of a new website. Eco Ruralis report. […]

EU funds will be used to consolidate holdings: that’s push small producers & peasants off the land […]